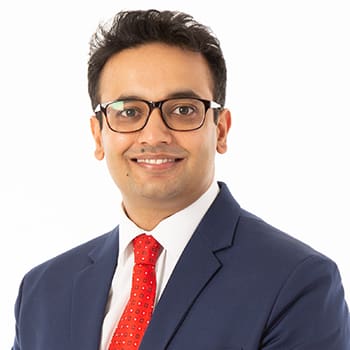 So Gaurav Sharma has announced his immediate resignation from Parliament and that he will contest the by election as leader of a new centrist party that will no doubt sweep the next election and make sure that he is placed at his rightful position of next PM of New Zealand.

He is really upset that the Labour Party commenced disciplinary action against him.  I am not sure why.

He was previously upset at Caucus disciplining him.

Putting aside what happened earlier the level of shitfuckery involved in doing a confidential text dump on social media at the very time your leader is giving a post cabinet press conference is exceedingly high.

Despite what he had done the Caucus decided to give him one last chance.  There are some very gentle souls there.  If it was up to me his membership of caucus would have been terminated without hesitation.

Since then he has come up with a whole lot of rhetoric and precious little proof.

The party’s National Council is contemplating his expulsion from the party.  A subcommittee has made the recommendation that this happens.

On being advised of the recommendation he decided to resign as an MP and force a by election.  From his facebook page:

A Labour Party panel last week recommended to the party’s governing body (the New Zealand Council) that I be expelled from the Party as a member. I have also been advised that the Prime Minister and the Party plan to invoke the Waka Jumping rule 6 months before the next General Election to remove me from Parliament which will ensure there is no need for a by-election. I have sincere concerns that this underhanded move will mean people of Hamilton West will have no voice in Parliament for 6 months preceding the next General Election.

As such I have decided to resign from Parliament pre-empting Labour’s next step. This will trigger a by-election, giving the people of Hamilton an opportunity to not lose their democratic rights of having a voice in Parliament by underhanded tactics of the government and the Labour Party.

There is one serious defect with Sharma’s claim and I can’t believe that the media have not reported on it yet.

National would have to agree to there being no by election.  There is as much chance of this happening as there is of Sharma being given life membership of the Labour Party.

It is really, really clear.  National would have to agree to there not being a by election and nothing is less likely.

Sharma claims that the subcommittee was tainted because two members, the President and the General Secretary of the party, were at the Caucus meeting when matters were discussed.  They are not voting members of Caucus and were only there as observers so the claim does not stack up.

And my impression is that all Council members have been extraordinarily careful to make sure that the process has been pristine.  For Sharma to be upset at the way he has been treated after his repeated actions in dissing the leader and bringing the party into disrepute is frankly weird.  He still seems to think he is in the right.

We now have the circus of a by election.  I would be very surprised if Labour wins the seat.  But one thing I know for sure.  Gaurav Sharma’s political career is over.