Shock horror, Ardern chooses to keeps her mask on 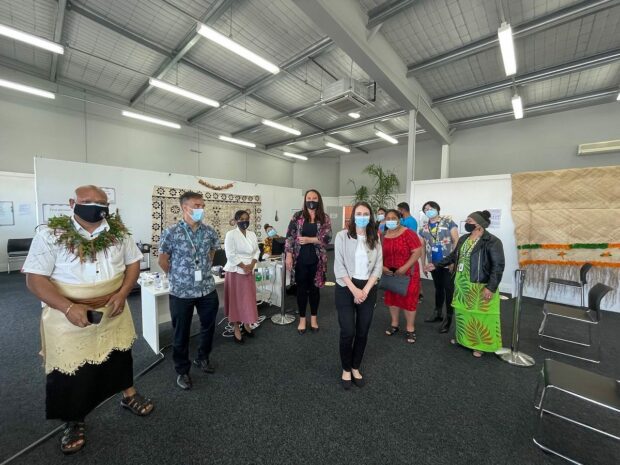 The Deranged Ardren Syndrome vibe is strong today.  But not from a UN Agenda 21 George Soros is funding a World Government takeover and Bill Gates is putting chips in your vaccine anti vaxxer, it is from a senior reporter with the Herald.

Dear Reader, Barry Soper has accused the Prime Minister of, wait for this, not taking her mask off when she was inside visiting a vaccination centre in South Auckland.

At her chat with the media at a Pacific youth vaccination event yesterday she unusually chose to keep her mask on, saying she did it because she was indoors. With the media well out of spitting distance, I wondered what the caution was all about.

I won’t link to his column.  It does not deserve the clicks.

Both times I was vaccinated thanks to the good people at Te Whanau o Waipareira everyone, and I mean everyone, in the vaccination centre wore a mask.  If Jacinda did not wear a mask then no doubt Barry would have criticised her for it.

The rest of his article was a regurgitation of National and Act attacks on Ardern for not travelling to Auckland and criticism of her for catching an Air Force Flight and visiting an Avondale Engineering firm. He repeats the National attack line that Ardern does not understand what it has been like living in Auckland recently.  He would prefer that she zoomed back and forth and went into lockdown continuously.  Memo to Barry the Internet lets you know exactly and in real time what is happening throughout the nation.  Four Cabinet Ministers stayed in Auckland during the lockdown.  And I prefer that Ardern has the time and head space to guide the country through what is a particularly challenging time.

Soper has a major snitch with the Government right now.  I wish that all reporters understood that their primary role is to report the news and not try and make the news.

79 comments on “Shock horror, Ardern chooses to keeps her mask on ”