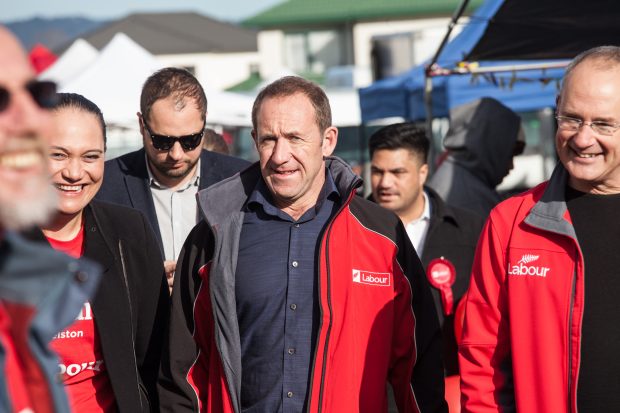 The 2017 election is approaching fast and I sense much nervousness amongst the left.

Recent poll results do not help.  It is clear that that Labour took a hit following Metiria Turei’s true confessions a couple of weeks ago.  Personally I agree with the reasons she advanced and the policy but tactically …

The next time a MOU is considered working out how not to cannibalise each other’s vote should be part of the deal.  Swapping votes between Labour and the Greens is not the way to left wing nirvana.

And Andrew Little has stood down as leader.

Andrew has performed the job outstandingly well.  He has imposed discipline and focus on the caucus.  When he announced his candidacy for the leadership the party was weeks away from a meltdown.  I have been a keen student of Labour history for many years.  Andrew, David Lange in 1988 and Helen Clark in the 1990s are the three leaders responsible for holding the party together at times of intense stress.

When he hit his stride he was and is as compelling a speaker as I have seen.  He would provide a welcome alternative leadership to the managerial incompetence and humanitarian indifference we have suffered for the past nine years.

But clearly he has come to the decision that the interests of the collective were better met if he stood down as leader and this is what he did.

We live in interesting times.  Despite nine years of the country going backward National is still frustratingly popular.  It is not as popular as it used to be, and Bill English is clearly not John Key, but it is holding up in the opinion polls pretty well although some have it at 42% and the trend is downwards.

A couple of earthquakes trashing and requiring the rebuild of the country’s second biggest city has helped.  The capitalist system loves disasters.

And getting out the country’s credit card and driving up Crown debt from $10 billion to $86 billion makes us feel like we are all onto a good thing.  As long as we do not have to pay the debt back …

And pumping Auckland full of people from overseas makes every landowner feel like a millionaire.  Literally and figuratively.  It feels great although we are noticing that our kids have no chance of owning their own home and there are all these people living on the streets and there are so many families living in cars …

So many people feel ok about things.  As long as they do not have to think too deeply or care too much about their fellow human beings.

The reality of what has been happening politically struck me last Sunday when I was handing out fliers at the Avondale market.  Some people were turning from Labour to the Greens because they were really impressed by what Metiria Turei had said.  Others were turning away from Labour to New Zealand First or even National because they were really unimpressed by what Metiria Turei had said.  Labour was well and truly wedged by the issue.

I have known Jacinda for a while.  I always thought she had an great future in front of her and that she had talent to burn.  And her performances yesterday were outstanding.  I have not seen such positiveness and uplifting of spirit since David Lange in 1984.

And Kelvin Davis is another utterly decent dedicated determined MP in many respects like Andrew.  He is a really good choice for deputy.

There is plenty of time left in this election.  If Labour can get up to 33% and the Greens remain on 15% then we may not even need Winston.

In the UK Labour’s popularity started to soar seven weeks out from the election when its policy platform was leaked early.  Be brave and proud of your progressive beliefs clearly works.  Jacinda’s promised policy rethink should bear this in mind.

Clearly Andrew stood aside because he thought it was the best thing to do for the Labour movement.  He is an exceptional person who gave the leadership his all and decided yesterday to be substituted because he thought the team needed fresh legs.  He will be an outstanding Minister of Labour in a future Labour Government and we need him to strengthen the Labour movement.

And now we need to stand behind Jacinda Ardern and make sure she is the next Prime Minister of New Zealand.  She has the potential of being an exceptional one.