Songs for the New Year – summertime!

New Year’s Day is a time when many people in Aotearoa-NZ sit back and chill out, or head for the outdoors.

RNZ has some New Year images from around the world: 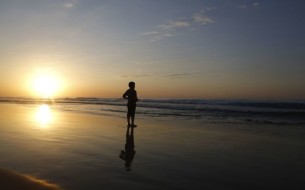 A Palestinian boy stands on the beach during the last sunset of 2014 off the coast of Gaza City.

Some suggestions for songs suited to the day/month.

As 2014 was a year when the Scots almost regained their independence, so this first song is a traditional rendition of Robbie Burns Auld Lang Syne:

A classic from Martha and the Vandellas that suits the exuberance of summer holidays:

And another classic that shows the melancholy side of summer days:

35 comments on “Songs for the New Year – summertime! ”