Tau Henare and the baubles of retirement 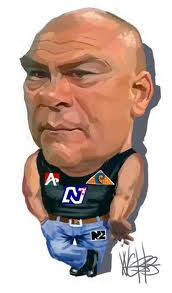 In news this week Tau Henare announced his retirement from Politics at the forthcoming election. This was not surprising. He was placed well down on the list at the last election and with talk of Alfred Ngaro being parachuted in to be the candidate in Te Atatu Tau’s chances looked grim.

So he has joined the long list of National MPs leaving Parliament this year.

There is a silver lining for Tau. His experience in the trade union movement and in politics is apparently being recognised by his being appointed to be the chair of the Board for Maori Television.  I presume the offer was something that he factored into his decision to retire.

It makes you wonder what incentives were offered to the other retiring MPs.  For instance John Hayes showed signs of trying to fend off a well publicised challenge but then went meekly.

Key’s reputation as a smiling assassin is well deserved.  National has or will lose 15 MPs who served this term.  And there has been little or any sign of public dissent.  It makes you wonder what is occurring to persuade so many MPs to give up the baubles of office.

And lefties should be very afraid about the calibre of the likely replacements.  As commented recently by Felix

Anyone who won’t have the stomach for the extreme right-wing blitzkrieg the central committee has planned for the third term is out, and will be replaced by obedient, subservient little Randian ideologues and proto-fascists who owe their entire career to the leadership.

National is transforming into ACT on steroids.

If anyone on the left need a reason to get involved in their party of choice this is it.

16 comments on “Tau Henare and the baubles of retirement ”