Terrorist attack – Law changes may not have helped deal 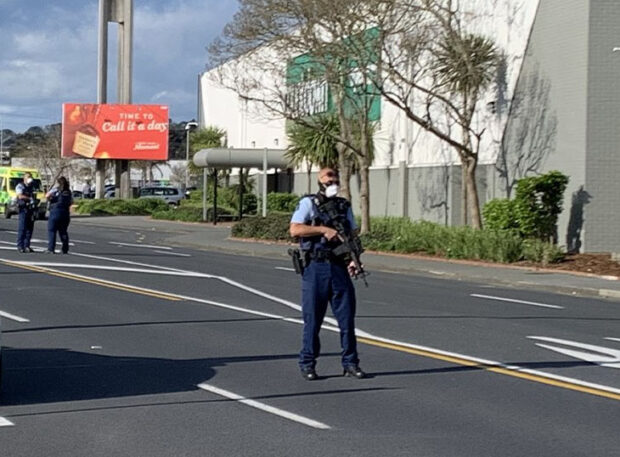 The person who attacked and injured seven people in Lynn Mall this week and who was then killed has been named.

I have added his name to the banned list of words.  Just as with the Christchurch mosque terrorist I think it best not to personalise the actions of a terrorist.

I appreciate the desire to change the law to make sure that something like what happened in New Lynn or for that matter at the Christchurch Mosque never happens again.

But can I express some caution, that laws do not provide complete protection against all threats.  And the need to provide individual rights as well as a robust justice system means that the system is not waterproof.  If we had a permanent system were everyone was restricted to their homes or locked up without trial if they committed an offence or required a licence to possess a knife then the crime rate and the harm caused would plummet, putting aside domestic violence which would spike.  But I am not sure many of us would want to live in those conditions.

The Government has released a considerable amount of information which has helpfully shaped the debate and made sure that it is informed.

It seems clear that there has been a concerted effort to keep him detained and remove him from the country.

Immigration NZ had cancelled his refugee status would be cancelled on the basis of the provision of fraudulent documents.  He had appealed this decision. It was still outstanding at the time of his death.  The Tribunal had agreed to delay consideration of the appeal until after his trial although given the issues at stake arguably it did not have to do so.

The Government is proposing to have the Counter Terrorism Legislation Bill advanced as a matter of urgency.  Leading up to the attack steps were being taken to advance the bill.

There are a number of proposed changes to existing law contained in the bill.    These include creation of three new offences:

The second proposal has been the subject of most attention.  The wording of the original bill has attracted comment and I suspect the original version of the bill will be changed.  The maximum penalty would be seven years in jail.

Would this have affected the result of the recently concluded trial?  I don’t think so.  As noted by Andrew Geddis the terrorist had been convicted of an offence punishable by 10 years jail, a period greater than the proposed maximum sentence for the new offence.

And he had spent three years in jail on remand.  When you consider that maximum sentences should only be reserved for the worst of cases I don’t think the presiding Judge would have decided things any differently if the extra charge was there.

And Geddis has urged caution about the proposed change:

It also would not have allowed the police to prevent the New Lynn attack.  From all reports so far the attack appears to have been opportunistic, not planned.

The other aspect that has received recent attention is why the Minister of Immigration did not declare the terrorist was a threat or risk to security and then use the Immigration Act power to deport him.  National released a press release about it.  I am sure they were relying on this interview with lawyer Stewart Dalley who raised the possibility yesterday morning.

It does need to be considered why this process was not instituted at the time that it was clear he presented a threat.

The timeline in this Radio New Zealand article suggests the following events of interest:

And who was the Minister of Immigration at the relevant time, that is from April 2016 to August 2017?

Of course this process is not simple and there are International relations and Human Rights considerations to be weighed up.  But National should be careful in handing out blame.  It appears that Jacinda Ardern has actively managed as far as the law permitted the threat posed by the terrorist.