The America’s Cup is just another spinoff 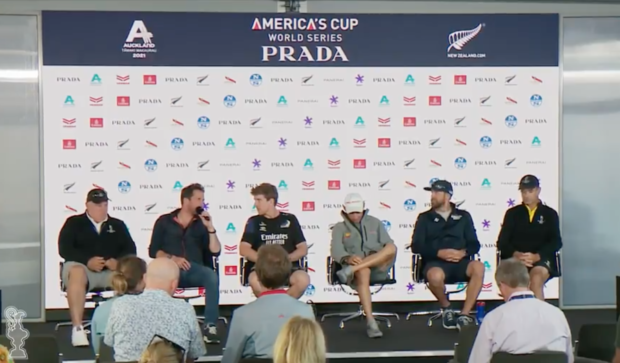 The Minister of Economic Development Stuart Nash was remarkably sanguine:

At the end of the day the America’s Cup is a global commercial operation. It is an international business as much as a sporting contest. The team is now free to look to commercial sponsors, private supporters, or other avenues to bankroll the operation.”

This framing puts the government’s proposed investment on a par with any other invitation by a local corporate to build their business like RocketLab or Xero. New Zealand will retain here only what it can afford. As astute local fund manager Sam Stubbs noted in his recent column, we could have been able to afford it and much more, but from historical decisions we can’t.

The government’s recent large partnership with Australia to host the Women’s Football World Cup is but one of the many events that MBIE seeks to contest with bids. There are always benefits, and costs, to hosting a major international event to put to Cabinet – available public funding available being not limitless.

When the strange new AC36 design was announced, the SailGP series was set up with Oracle and Rolex backing it, in direct competition.

This series does pretty much what the America’s Cup used to do: have a single stable design, national-origin crews, and single nation flags on their sails.

That illustrates that the competitions are in themselves competing as businesses, with the locations also in competition – like film productions playing off country locations for tax benefits.

We need to disabuse ourselves of any notion that paying into the team for previous host rights gives them further contest host rights. Or any stupid ideas like loyalty, honour, and patriotism, when there’s so much keen competition for its hosting.

The America’s Cup is not called New Zealand Cup. Nor does it have the relationship that the All Blacks have to New Zealand stadia such as Eden Park. The state gains only as much purchase over the team as it is prepared to pay for.

As Minister Nash says in his statement: “Regardless, we wish the team all the best for the future. New Zealand is a world-class team. I know they will fly the flag for their home nation in the 37th America’s Cup, whether it is held in Auckland, or taken offshore.”

We need less presumed hold over them, and more encouragement of more spinoff businesses that make their way in the world.

36 comments on “The America’s Cup is just another spinoff ”