What happens when a not-too-bright, out of his depth bloke who has scrambled his way into the executive management team ends up working with a junior but well-qualified, smart, competent woman who can see right through him? Not for the first time, this is exactly what happened for NZCU Baywide Chief Operating Officer Grant Porter. His response was the same as the last time:  call in Human Resources for a targeted exercise in “right sizing”. The woman was smart enough to see what was happening so jumped before she was pushed. Even though the woman concerned had gone, an opportunity to really put the boot in appeared and Grant Porter couldn’t resist. 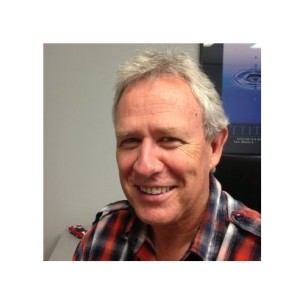 The whole story is long and complicated but does have a happy ending. The Human Rights Tribunal awarded the woman a record payout for what amounted to an egregious breach of privacy made all the worse by the apparent malice with which it was driven. The Tribunal decision provides a fascinating glimpse into the workings of a dysfunctional management team. Not considered in the decision but worth mentioning is that the management team was shaped over the long term by a Human Resources consultancy.

The very first act which kicked this issue off is probably – in the great big scheme of all things – not that bad but Grant Porter exacerbated it. Despite the personal difficulties created, the victim laid a complaint and followed through with the Human Rights Tribunal. In return, Grant Porter continued to make things worse. During the preliminary investigation by the Tribunal, he attempted to omit material facts. Having been caught out on that score, he then presented testimony at the hearing so lacking in credibility the Tribunal ended up giving him a humiliating public spanking.

After all that, Grant Porter is still Chief Operating Officer and, believe it or not, is currently in charge of Human Resources. 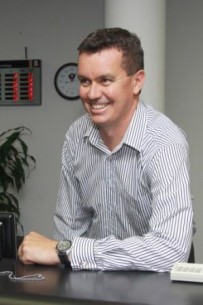 That nothing has apparently changed for Grant Porter is, most likely because the Tribunal decision was only a week ago and he’s probably been receiving air-cover from  NZCU Baywide Chief Executive Gavin Earle. At this stage, each are the only friend the other has.

Another scantily-qualified, not too bright bloke, Gavin Earle had a wide-open clear opportunity to prevent the situation from ever happening. The opportunity was presented at an meeting of the senior management team urgently called to discuss that Grant Porter’s victim had baked a cake.  At that meeting was Chief Financial Officer Peter McAuley. The discussion centered on obtaining a photo of the said cake which had been uploaded to the private section of the victims Facebook page. Mr McAuley immediately realised that obtaining the photo was likely to be a breach of privacy and mentioned this twice. Gavin Earle acknowledged that advice but opted instead to give the go ahead on obtaining the photo. From then on and, even as the situation worsened, Gavin Earle continued to support Grant Porter and the others involved, but maintained a peripheral presence.

In the lead up to the urgent meeting, Gavin Earle had been aware of the mounting tension between Grant Porter and his victim. Gavin Earle’s response to that was to join Grant Porter and, by example, encourage other members of the senior management team in a process of isolating the victim in the workplace. He also knew about the detailed plans to make the victim redundant via right sizing.

Gavin Earle is responsible for a separate and compounding breach of the victim’s privacy. He wrote an email to all staff back-grounding his version of why she resigned, leaving out important facts and portraying the victim in a poor light.

Gavin Earle also received a humiliating public spanking from the Tribunal in relation to the credibility of his testimony. The Tribunal made specific mention of the apology Gavin Earle read out to the victim during the hearing, noting that it ” . . . was delivered without any detectable note of sincerity . . . “

Its been a week since the Human Rights Tribunal decision.  If a worker had been responsible for this, it would be game over by now. But, as we know, when it comes to the accountability of management, shit does not roll up hill.  This means the longer Gavin Earle and Grant Porter remain in place, the longer workers are at risk of the same treatment. So far, no less than four workers have suffered a completely unnecessary but nevertheless thorough going over.

NZCU Baywide may have gambled on coming away from the Tribunal relatively unscathed. If so, that would indicate a lack of insight, just as apparently having no Plan B to shuffle its executive team to prevent exactly this sort of criticism indicates a lack of strategic thinking.  It also indicates a lack of concern about the staff who should be reassured before anyone else that Gavin Earle and Grant Porter are no longer a workplace hazard.

The on-going stress and extant human cost is bad enough, so too is the impact on the NZCU Bayside member’s bottom line. They are losing money.  As well as all the time taken up by the executive on this matter, the legal fees, and the award ordered by the Human Rights Tribunal, recent significant investment in branding and marketing will have taken a hit and may continue to lose value until this blows over. As one of New Zealand’s largest credit unions, the wider signals being sent out by NZCU Baywide are also serious. At a time when the government has – finally – relaxed some of the legislative restrictions on the credit union movement, the entire sector is being tarred by the same brush. NZCU Baywide was only granted its Non-Bank Deposit Taker (NBDT) licence by Treasury in January this year, and this situation is not a good look.

NZCU Baywide Chair of the Board of Directors Iain Taylor

News of yet another worker being done over by management won’t concern the National Ltd™ Cult of John Key one little bit, except for the fact that it was such a sloppy job someone got caught. If there are any questions asked in Cabinet they are more likely to be about how to haul-in the left-wing extremists obviously running rampant at the Human Rights Tribunal protecting some woman who dared to make a joke about her employer on Facebook.  Lobbyists from the foreign-owned banking cartel will be pleased, though, and busy whispering in the ears of various MPs.  Treasury might start “tut-tutting” if things drag on too much longer.  It may even take a closer look at where, in theory, the buck stops on this. That would be with the Chair of the Board of Directors and Bay Wide Boy, Iain Taylor.

8 comments on “The Bay Wide Boys ”