The Democrats and Russia 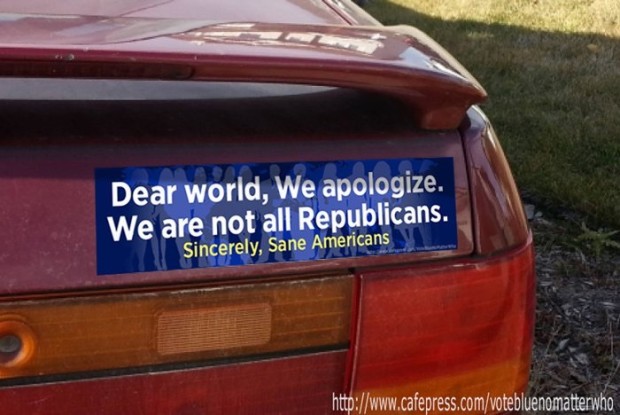 Russia is already the issue that will permanently mark the Donald Trump Presidency’s first term. He will live or die on how he and his team come out of the inquiries that are going on (Sure bigger than Monica Lewinsky was to President Clinton).

So I’m puzzled. The United States government is the weakest we have seen for many generations – certainly the most unpopular – and is getting deeper and deeper into trouble. So the Democrat leadership should be more popular. They should be in a full-blown revival by now. This is the least popular President since World War II. Even Bill Clinton 6 months in wasn’t this unpopular.

Russia will now dominate U.S. politics right through to the next Presidential elections.

I think a big public trust issue with the Democratic Party is precisely about Russia. Russia is being set up as the primary cause of the political instability of the Trump Presidency. But it is the Democratic President Obama that set the U.S. positioning about Russia in play. Trump is simply continuing and deepening it. That means the Democrats cannot credibly attack Trump on Russia: they can’t criticise their own President. They are largely leaving it to the mainstream media to do their political work for them.

So before we treat ourselves to yet another youtube clip of Maddow’s MSNBC or CNN’s Blitzer scoffing at how corrupted by Russia Trump’s staff have been in their dealings, let’s remind ourselves why Democrats are so weak on Russia.

President Obama launched his famous Russian reset in early 2009 just months after Russia invaded Georgia. He then announced the removal of missile defence systems in the Czech Republic and Poland that year. He also ignored Russia violations of the 1987 Intermediate-Range Nuclear Forces Treaty (while simultaneously negotiating new START). Then he ceded ground to the Russian military intervention in Syria. Then he did nothing about his own Syrian “red line” when Syrian civilians were gassed. President Obama’s administration was one long – eight-year-long – concession to Russia.

At the United Nations General Assembly in 2009 President Obama said “The traditional divisions between nations of the south and the north make no sense in an interconnected world nor do alignments of nations rooted in the cleavages of a long-gone Cold War.” By which he meant pretty much the same thing that Trump said when he had a good crack at NATO. Except when Trump did it, the liberal commentators wet their pants.

So it was kinda good to see Chuck Schumer finally make a distinction recently that Russia was not the only reason Hillary Clinton lost.

Schumer – as Clinton’s campaign Chair – has good reason to throw Clinton herself under a bus for the 2016 campaign saying the basic messages weren’t clear. So it wasn’t just Russia’s electoral interference. He has to gear up the message for the 2018 Senate races.

Democrats remain largely leaderless in the aftermath of an election no-one in that party thought they would lose. I sure didn’t. Sanders and Warren pretty much cancel each other out for leftie appeal, and Biden’s still biding his time. As ever.

I have to be honest that it is fun watching Trump’s key people die a professional death.

But it is taking too long for the Democrats to show that they are a credible alternative government-in-waiting. There is simply no way for them to join in the Russia attack since they also have to back Obama’s legacy and since they have the Hillary loss around their necks that they need to get rid of – which they can’t because they blame the loss on the Russian cyber attacks. Which are where all the investigations started. So they can’t attack Trump on Russia because the public know when they do that they attack both Obama and Hillary Clinton – one Democratic saint and one Democratic martyr. Ain’t no extricating that.

All the Democrats are doing is leaving the hard political work to the media.

66 comments on “The Democrats and Russia ”