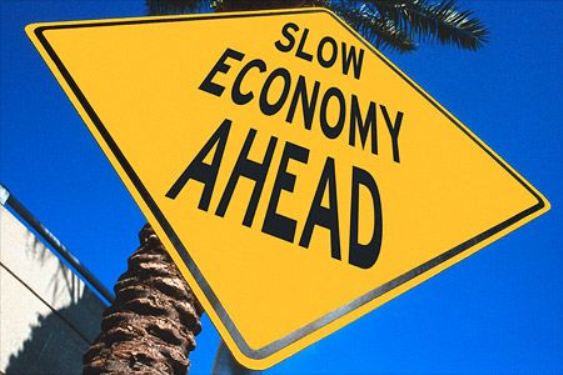 Is this the great slowdown that we needed? Has the global economy decided to go a long-term course in mindfulness? It’s never recovered since the GFC almost a decade ago.

For anyone who has savings in a bank, you will have noticed that global financial markets continue to fail to reward savers or investors, with historically low rates (albeit rewarding the mortgage and housing industry). They look very likely to stay low the world over. Inflation rates are also reflecting stagnation.

In global energy markets, excess crude oil production is abating very slowly, and global stockpiles are still brimming. Shell missed its profit forecast last month by over $1b. Oil almost doubled in price between February and June as experts said declining U.S. oil production and disruption from Nigeria to Canada were finally ending years of oversupply. Instead, prices are heading for their biggest monthly loss in a year amid growing recognition that the surplus will take years to clear.

The U.S. is similarly in no danger, but is not growing significantly. It faces manifold headwinds on productivity growth (a mass retirement of the most experienced workers, a prolonged period of rising oil prices before a sharp retreat, the slow integration of new innovative technologies into production processes, and above all, soft business investment).

Then there’s Brexit. According to the International Monetary Fund’s July global economic update:

The outcome of the U.K. vote, which surprised financial markets, implies the materialisation of an important downside risk for the world economy. As a result, the global outlook for 2016-17 has worsened. This deterioration reflects the expected macroeconomic consequences of a sizeable increase in uncertainty, including the political front.”

The Australian situation with respect to all bulk mineral prices – including oil and gas – and their cumulative effect on the economy is well known. As is the great boom-bust of dairy commodities in New Zealand. 2-2.5% GDP growth in New Zealand looks optimistic.

The global economy is not failing. But it is not improving or stabilising either.

Which is a long-winded way of saying that the long-range effects of the GFC have brought the world to a sustained new questioning about the likelihood of perpetual economic growth, anywhere, anytime soon.

I can’t yet tell if this is overall good or bad. But if it remains as entrenched as it looks to be, it upends many things. States rely on ever-increasing economic growth to generate tax revenue to support policy programmes such as social welfare for growing populations. Super funds and the multi-millions they support need it. Workers, shareholders, and unions rely on businesses growing to get better wages and salaries from profits to redistribute. Even fewer of our ‘boats’ feel a lift, because there is no rising tide. Politics itself is completely dependent upon attributing causality and blame to the other for economic rises and falls, booms and busts. All of the above will be much harder to make work if this global economic stagnation stays around awhile.

We haven’t seen conditions head to this since the 1970s. As it did then, this great slowdown may even change our mindset about what an economy is even for.

69 comments on “The great slowdown ”