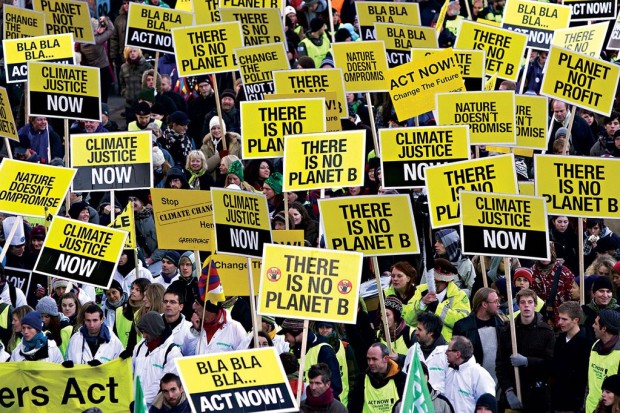 We are now getting into the difficult part of working out how to respond to climate change. We have had a few decades notice and have wasted this by engaging in incremental minimalist policy that is well meaning but not nearly up to scratch in terms of what is actually needed.

The Government recently made a climate change declaration and added in targeted policy that needs to be achieved by 2025, and that is for the Public Service to become carbon neutral by that time.

Auckland Council previously declared a climate emergency and also has declared goals, and that is to halve greenhouse gas emissions by 2030 and to be carbon neutral by 2050.

And it has a specific target for electric busses.

Funding for this is essential. Which is why the Mayor’s budget proposal is important.

He acknowledges in his report that there was a proposal for a targeted climate change rate but that a majority of the councillors did not support it.

I do not know why the dedicated rate proposal was turned down. Council is full of wonderful words and great documents. But to get action you actually need budget. Without budget nothing happens. And a dedicated budget is especially important because it cannot be diverted into other areas. Sure addressing climate change is part of core business. But it an especially important part of core business and I cannot think of a more important area deserving of its own dedicated funding.

The Mayor’s report says that increased funding will “assist Council bringing forward the decision to stop the purchase of any new diesel buses from 2021 rather than 2025 as previously planned, with all new buses purchased from the commencement of this budget being electric or potentially hydrogen powered.” This is pleasing.

But, and this is a big but, the budget does not go nearly far enough to allow Auckland to fulfill its climate change goals. And the Mayor acknowledges this. Again from his report:

These proposals will help us meet our commitment to mitigating carbon emissions but much more will need to be done to halve carbon emissions by 2030 and achieve net zero carbon emissions by 2050. We will be seeking to work with the government, which has the biggest levers to achieve changes, to progress goals such as incentivising the purchase of electric and low-emission cars, increasing investment in public transport and promoting mode change and other major initiatives achievable only through central government policy changes and funding.

What are the details of Council’s goals. This week the Council launched “Te Tāruke-ā-Tāwhiri: Auckland’s Climate Plan“. It took five months to publich the report after being endorsed in July this year. Perfection is the enemy of speed and we are in a situation where we need to go as quickly as possible.

One of the overarching goals of the plan is to achieve net zero emissions by 2050. To transition towards this goal, we have set an ambitious interim GHG emissions reduction target of 50 per cent by 2030 (against a 2016 baseline). This aligns the plan with the objective of the Paris Agreement to limit global temperature rise to well below 2°C above pre-industrial levels and pursue efforts to limit the temperature increase to 1.5°C above pre-industrial levels.

It also says this:

Reducing GHG emissions by 50 per cent by 2030 is not plausible, unless bold and ambitious climate action is taken.

And in a section with the title “What we need to do” the original report urges Council to:

2. Rapidly increase the frequency, affordability and availability of public transport

This report is not the first produced by Auckland Council. For the past few years Council has been producing a variety of reports measuring Auckland’s climate change performance. The Low Carbon Auckland report 2017 update said this:

This trend shows that despite making progress on the implementation of the action plan, we need a significant shift to achieve our [eralier goal of] 40 per cent by 2040 reduction goal.

The effects of the Mayor’s proposal on emissions is indicated in this slide from this Todd Niall Stuff story.

The proposed savings under the larger rates increase, 1.35 million tonnes of CO2 emissions over the next decade sound impressive. But please note the 2015 figure of CO2 emissions was 10.3 mt of CO2 net. My perception is that things have overall not improved. To succeed Auckland is going to have to save five times the amount each year that the proposal estimates the region will save over the next decade.

Clearly the Council is hoping and anticipating that Central Government will pick up the tab on the balance. And this reinforces my strong impression that the funding model for Local Government is broken. But if Council is actually serious on its intentions it needs to do better. As an example it should pledge for the Council itself to be carbon neutral by 2030, not to have halved its corporate emissions as indicated.

The mayoral proposal is a start and reflects I am sure a well calibrated sounding of where the dominant political view on Council is. But suggesting that we should deal with the crisis presented by climate change by a further rates increase of 0.67c a week is underwhelming.

What else should it be doing? For a start build walkways and cycleways. The Waitakere Ranges Local Board for instance has a whole network planned which could be built if there was budget available.

We are running out of time. Our grandchildren will not forgive us if we do not act with determination. We need to do better.