The problem with coal 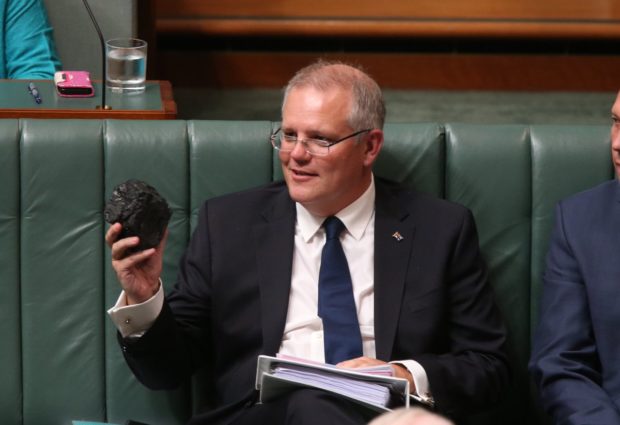 It’s hardly the greatest critique of New Zealand I could think of since our electricity generation is far more renewable than that of Australia.

But we are about to enter a transition phase in energy that’s going to affect absolutely everyone.

Here’s a quick primer from MBIE about our energy production and use profile as a country, helpfully studded with useful facts.

Rolling down SH1, until the bypass past year we used to drive past Huntly. Our great big four-masted coal-fired concern.

Unfortunately most of our other big generation is in the South Island, which, since most of our population lives above Tokoroa, means much of what is generated there is lost in transmission. Those big lake storage generators are not just the South Island, they are in the area of the South Island really close to our largest fault line which is 75% likely to really go full Memphis Meltdown within the next 50 years.

You get an idea from the animated model of the fault rupture here:

Big generation is in the wrong place. As well as earthquakes, we also have periodic volcanic eruptions in the central North Island. Both have the potential to interrupt the supply of electricity from the South Island to the North Island.

Our Climate Commission expects to phase out new natural gas connections to buildings in 4 years. In industry, it says boilers should be rapidly converted to electricity or biomass, at an equivalent of one or two dairy factories per year. “We need to almost eliminate fossil fuels. This means ending the use of coal.”

As the Auckland region goes into its second year of long term drought, I’m reminded of the electricity supply crisis of 1998. I’ll spare you the details but we looked a shambles to the world, and we were. We started to get serious about electricity security after that, and in time a harder-nosed electricity authority was formed.

What the Electricity Authority is charged with, and the Climate Commission have been charged with, are in real tension. The Electricity Authority’s statutory objective is to promote competition in, reliable supply by, and the efficient operation of, the electricity industry for the long-term benefit of consumers. The Climate Commission is charged with doing everything we possibly can to decrease our reliance on carbon and do better for CO2 production as our own contribution to the world’s overall efforts.

This makes for a furious debate largely unseen outside specific networks of companies and agencies around Wellington.

The Government has until the end of this year to accept the Commission’s proposed budgets or come up with its own and to create an emissions plan for meeting the budgets. I would be surprised if we don’t get strong direction in the May budget coming up. Also I’d expect policy releases in July.

But when Government finally releases its policy responses to the Climate Commission, I hope it just lets debate rage for a while and in particular to get nice strong pressure on Tiwai Point, Methanex, Fonterra, the Major Users Group generally, and of course the big gentailers. What will the Government do with its remaining influence as 51% owners of many of them?

Maybe once Tiwai Point and Methanex leave, there’s simply such bountiful generation supply that the government need actually do very little. Maybe actually this is a market problem which the market can solve, and the politics is actually just non-useful noise? Too early, of course.

Here’s a wee summary from the Electricity Authority on the history of government action and intervention in electricity supply:

But we can’t get past the tough point of Huntly’s coal generation.

Obviously many will claim great things for wind power. But there’s two problems. Take Wednesday of the third week of March this year. While New Zealand’s wind turbines had the capacity to generate 780MW of power, on that day they only generated 4MW nationwide – and so the country relied on the coal-fired power from Huntly instead. Greater electricity reliance requires a bigger totally reliable base load to always be there. That’s not a comfortable feeling when we are being directed to rely more and more on electricity not mineral fuels or other fuels.

The second problem is that they are rigorously opposed by every community they are proposed in.

What we need, and what our electricity regulator is charged with, is security of electricity supply. According to the NZ Electricity Authority’s definition: “Security of supply refers to the electricity industry providing appropriate electricity system capabilities (such as generation and transmission capacity) and storable fuels (such as water, gas and coal) to maintain normal supply to consumers.”

A well regulated electricity market means we have certainty that the lights come on and there’s hot water. Genesis, the owner of Huntly, has said resolutely that New Zealand still needs this plant, as a backup in dry years and in emergencies.

Tiwai Point at least appears to be around for a while now that it’s done its once-a-term taxpayer lemon-squeezing.

Huntly coal begins to feel something like what I’ve just done today, which is the annual ritual of stacking the wood for the winter on the south side of the house. It’s the thermal load that keeps the high power bills at bay when the need for heat is highest – something like how Huntly works for half of New Zealand. There’s an art to it which the Norwegians have a name for:

It would be great to be at a point where our own headlines shout: “Power Prices Fall as Mild Summer, Renewables Reduce Costs.”

But we’re not there yet.

38 comments on “The problem with coal ”