The right’s last desperate throw of the dice in Auckland 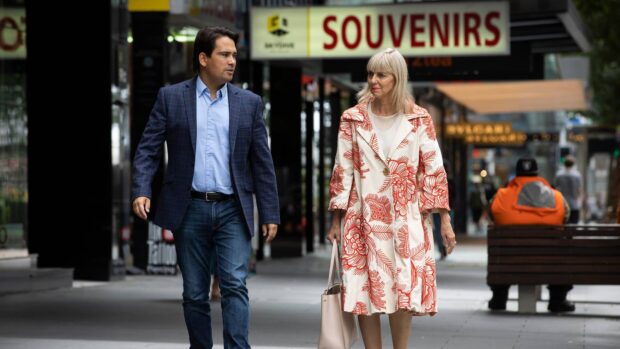 The Auckland mayoralty has entered into a very interesting state.  The voting papers are printed and will start to be delivered today.  It is too late to pull out.  This needed to happen weeks ago.

Yet despite this National’s preferred candidate, Viv Beck has purported to pull out of the race.

Today I have withdrawn from Auckland’s Mayoral race.

My decision comes with a heavy heart but given the strength of concern about issues that need addressing across our region, it is important to avoid splitting the centre-right vote.

Her campaign has been struggling for a while.  A series of leaks showed that forces on the right were attempting to kneecap her clearly with the view that the only viable candidate on the right was Wayne Brown.

As I said earlier I thought that from this time Beck was no longer viable as a candidate and that for the right Wayne Brown appears to be their only chance.

I hope that Brown’s background gets more attention.  Like his problems with the Auditor General for using his Council staff to perform personal jobs in relation to a rates dispute with his Council.  From Lois Brown at Newsroom:

“In our experience, this type of blurring of roles is unwise and creates risk,” the auditor said.

“We encourage Mr Brown to separate his personal and official roles more carefully in future and ensure that the capacity in which he is acting is always clear to Council staff. He must take care to ensure that Council staff do not feel under any pressure to treat him and his businesses in a different way because he is the current Mayor.”

In future, if Brown had concerns about the legality of the council’s actions relating to his own interests, he should must pursue them in the same way as any other ratepayer, the Auditor-General warned.

“His role as Mayor does not create a shortcut for resolving legal or other disputes about rates. This may be frustrating to him, given his governance responsibilities and close working relationships with the relevant staff.

There was even a Serious Fraud Office investigation which fizzled out but there were critical comments made.  From the SFO press release:

The investigation found evidence that both council members and employees apparently failed to comply with internal systems and controls designed to ensure that proper processes were followed in the approval of council projects and the expenditure of public money. However, these are failures of governance and procedure and no evidence of the intention required to commit a criminal offence was found.”

The publicity cannot have helped.  Wayne Brown’s reign as Far North District Mayor ended in 2013 when he was trounced by 8,521 to 2,502 votes to current Mayor John Carter.

That he is now seen as the only viable candidate for the right after the self destruction of Leo Molloy and this weird withdraw when she will still be on the ballot paper shows how desperate the right is.

Compared to them Efeso Collins’ campaign is sparingly funded and is reliant on the good will and hard work of a number of activists.

But it will be tight.  Please make sure that your friends and your whanau in Auckland vote for Efeso.  The alternative does not bear thinking about.