I just realised I haven’t done a graph of the tax impact of the tax swindle announced last week.

I can’t do the property tax/rent increase part but here’s the net weekly effect of the income tax changes and the GST hike. These numbers match up with those provided by Treasury. 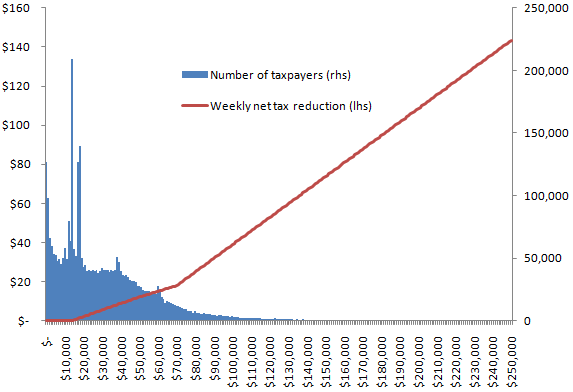 The first 1.2 million taxpayers get less than a dollar a week. A full-time minimum wage worker gets $4.12 a week.

Half of the net tax cut goes to 8% of taxpayers. 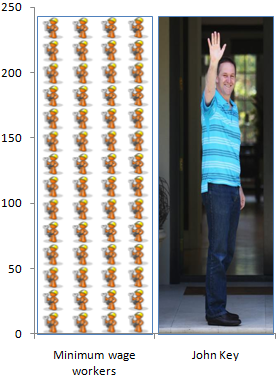 75 comments on “The tax swindle, visualised ”