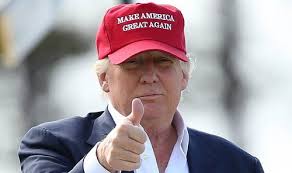 The speed of the growing trade war between the United States and China will hit New Zealand.

Our long term diplomatic arc, such that it is, was to follow a modernist impulse set after World War Two: that economic growth and democracy matched deep human impulses for freedom and prosperity together.

China has never assented to that. A Princeton Professor Aaron Friedberg recently described the conflict like this:

America’s post-Cold War strategy for dealing with China was rooted in prevailing liberal ideas about the linkages between trade, economic growth and democracy, and a faith in the presumed universality and irresistable power of the human desire for freedom. The strategy pursued by China’s leaders, on the other hand, was, and still is, motivated first and foremost by their commitment to preserving the Chinese Communist Party’s monopoly on domestic political power.

To be a little fairer, China had its own modernist impulse, but it remains a propulsive nationalist developmental drive not causally linked to human rights or democratisation.

America’s goal was to avoid conflict, get China to reform and open its economy, and assimilate it into a system built around open markets and liberal values. The problem was that China never really accepted this system. China’s goal has been to protect its long term strategy of modernising its industry and society, building territorial influence, and securing its future through trade and resource control – and it will keep doing this irrespective of Donald Trump or his trade representatives.

No matter what the United States President seeks to do in trade, Xi Jinping knows he will outlast him, and he will continue to implement his resolute and highly historically conscious direction for China:

History has proven and will continue to prove that only socialism can save China and only by adhering to and developing socialism with Chinese characteristics will we realize the great rejuvenation of the Chinese nation. Both China and the world are in the midst of profound and complex changes. China is still in an important period of strategic opportunity for development. We have a favorable development environment that was unimaginable before, but we still face unprecedented difficulties and challenges. At the 19th National Congress, the CPC has drawn up a splendid blueprint for securing a decisive victory in building a moderately prosperous society in all respects, embarking on a new journey to fully build a modern socialist country and realizing the great rejuvenation of the Chinese nation. It will be another Long March …

Xi Jinping is re-energising that highly conscious historical materialist arc with an impressively coordinated telic drive. Which puts this trade war in perspective somewhat, and that is reflected in China’s consistently diplomatic responses to it.

China’s leadership can see the sway that U.S. listed business leadership has on government direction in matters other than trade: whenever Trump or his officials talk tough on China, the U.S. stock markets fall. Whenever there is more conciliatory talk about negotiating an agreement, markets rise. This is an indication that major companies have a lot at stake in resolving this dispute, preferably with some better market access, rather than having a trade war. There’s no real discussion of anything except interests now. So at the same time as the United States gives up on its own modernist project and retreats, China remains exceedingly resolute in its own. Back in the day, President Kennedy’s economic rhetoric had real similarities to Xi Jinping’s.

Suffice to say, not anymore!

So that response to the modern purpose of China is what is represented in this U.S.– China trade war.

New Zealand is at risk to be sure, but could do well out of this, largely because of how Australia is positioned. The U.S. and Australia are our two top foreign direct investors by country.

On the other hand, New Zealand capital mostly flows out to Australia and the U.S. and less so to China. It’s handy for New Zealand that the U.S. Trade Representative has flagged new restrictions on Chinese investment into the U.S. to contain “China’s stated intention of seizing economic leadership in advanced technology as set forth in its industrial plans, such as Made In China 2025.”

There is no way in hell China is giving up the Made In China 2025 strategy. It will drive all its component suppliers, including us.

The trade war between the U.S. and China could mean that world trade falls fast. That would in turn knock on against us as a country fully dependent upon international trade.

Yet it could also mean that really savvy investors reprioritise their sights away from housing and towards higher value ventures in China.

With the U.S. shutting down Chinese-based commercial cooperation in i.t. and tech-based companies, China’s Made in China 2025 drivers will need to search elsewhere for partnerships, including here. That just might mean more investment spillovers flowing between China, Australia, and New Zealand in areas that are expanding here such as game production, film production, and other i.t.-heavy ventures. Deeper investment ties between China and New Zealand will make an increasingly negative trade balance with New Zealand more acceptable to China over the long term. China is also well poised to assist in New Zealand’s locally strained ability to build the infrastructure this government has planned.

This opportunity also aligns with New Zealand government sending ever-stronger market signals limiting foreign investment into existing houses, and in general making real estate less attractive to buy: if you are going to invest here it needs to be in businesses that need capital to increase innovation, productivity, and foreign market access. Much of the task for making the most of this will fall to MFAT and NZTE.

Overall we are in the presence of a paradox. It’s not the same as the U.K. joining the E.U. in the 1970, or leaving in the 2010s. It’s not the same moment as C.E.R’s formation. Because what in ordinary times used to be New Zealand’s vulnerabilities may instead prove its strategic strengths in the context of a trade tug-of-war between the U.S. and China.

That’s a long, long way from an idealist modernist impulse, but it’s a likely route for a little country like us.