We have great expectations of our members of parliament. They are there to represent our views as citizens of New Zealand, as members of our own little town or big city, perhaps as women or liberals or environmentalists. To manage those expectations our politicians are members of political parties to provide signposts of their main values. We presume that if we vote National we will get members of parliament that advocate for smaller governments and big business; Labour will aim for collective action and market regulation; the Greens will prioritise our lakes, land and skies.

Our assumptions however, of how members of parliament will reach their decisions, differ and this shapes how we judge their performance. Judgement is what I was considering when reflecting on the Labour leadership selection process. Many people have been discussing and evaluating the decisions of the Labour caucus on this blog. I was interested to reflect on the philosophical assumptions that underlie the judgements members may have made about their caucus representatives. 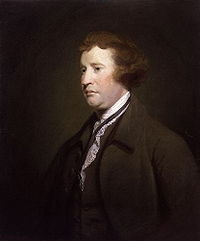 Under a delegate model we see politicians as purely a mouthpiece for us as citizens. Accordingly they should reflect the views of their constituents and keep their own perspectives on the sidelines. In a modern setting this could mean running polls in the electorate before voting on an issue or gaining a mandate on all policies prior to election. If you consider this view of how politicians should act it seems pretty untenable. Within a community it’s going to be impossible to get full agreement from all voters so naturally many will feel let down no matter the decision. It would also be incredibly expensive to canvass substantive opinions on all issues that politicians have to vote on and it’s a pipe dream to imagine you can gain a mandate for all policies in your election campaign. It would also be pretty restrictive to government progress if politicians weren’t able to act/react to the fluidity of governing because they hadn’t gained a mandate for each decision. Still, there are many people out there who view politics in this way. “Politicians never do what I want” they complain, “We should have binding referenda for everything!”

The trustee model characterises politicians as people who have been elected to represent the best interests of their community but this could be what people need not what they want. This perspective views politicians as having more time to research and consider the issue at hand as well as life experience or specialist expertise that will aid their decision. If you view representation through a trustee lens you trust your politician to use their judgement on issues and believe they have an edge on the common person to make the right decision (whether it’s because they are immersed in information via their job or because of the skills/qualifications they hold).

So I’ve been thinking a bit about these two perspectives in the wake of the Labour leadership selection.

I think the expectations we have of our parliamentarians and the nature of the relationship is slightly different with party members than with voters. There is perhaps more of a requirement for a delegate model in this relationship as politicians depend on their members to get them selected, to fundraise or donate and to campaign and ultimately get elected. While we have many excellent members in the Labour caucus I don’t think any of them imagine they would be members of parliament without the volunteers that work to get them there. There is perhaps the presumption that MPs ‘owe’ it to their members to consult them and to try and reflect their views. This expectation is obviously more applicable to decisions made within the party as members of the Parliamentary wing of Labour than to all their votes in the House.

I think some of the anger and upset I’ve seen on this blog and others over the Labour leadership is because many members are holding to a delegate model of how their MPs should act and feel betrayed if they perceive the caucus haven’t acted accordingly. This is understandable if members had the mistaken view that the leadership road show was opening up a delegate relationship with the caucus but I think most Party communication was clear that MPs had the final say.

Ultimately, I prescribe to a trustee view of the relationship in this instance. I put my trust in our 34-member caucus to make the right decisions for our party primarily because this is what has been asked of them. Our constitution asks them to act as trustees not as delegates. Therefore it asks them to use their insights, on the job experience and qualifications to decide what the party needs in a leader. We were asked to express our opinions on the leadership but now we must trust they have made the right decision.

I think theoretically this is actually the best way for the Party’s decision making around parliamentary leadership to be structured. The caucus is in the best position to judge the character of leadership contenders and to assess their ability to work in the desired role. We also are supporting them as parliamentarians because we believe they have particular skills that make them worthy of their roll and part of that roll is selecting the person that will lead them. We cannot trumpet their skills with the selection and campaign process but then dismiss them when it comes to the leadership decision. Lastly I am not a fan of majority or popular opinion always being the right decision. This caution of ‘mob rule’ is why there are checks and balances in the US political system, why countries aren’t run purely on referenda and why we have voted to support MMP over FPP.

If you are philosophically opposed to this mode of governance then I would be interested to hear your reasoning. It seems relevant in light of the upcoming review* of the Labour Party constitution to get these expectations clear in our minds.