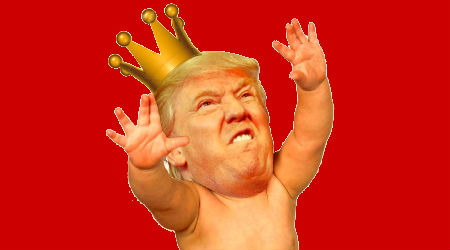 It was utterly predictable that the US Senate would vote to acquit Donald Trump after the House of Representative’s impeachment motion.  But I still held out hope that he would not be exonerated.

Unfortunately the Republican Party had to trash the US constitution and the English Language to do so.

Article II, Section 4 of the US constitution says:

The President, Vice President and all civil Officers of the United States, shall be removed from Office on Impeachment for, and Conviction of, Treason, Bribery, or other high Crimes and Misdemeanors.

Whether or not Trump’s behaviour was a high crime, and I would classify it as one, it must have been a misdemeanour.

Before the trial started each of the Senators had to take an oath in these terms:

I solemnly swear (or affirm, as the case may be) that in all things appertaining to the trial of the impeachment of (Donald John Trump), President of the United States, now pending, I will do impartial justice according to the Constitution and laws: so help me God.

That so many Republican Senators, who had before the hearing even started pledged unwavering support for the President, could take such an oath shows what hypocrites they are.

That they then blocked the hearing of new evidence, including that of John Bolton, life long Republican and Defence Hawk.  Bolton was apparently ready to testify that Trump told him  in August 2019 to keep withholding nearly $400m of security aid to Ukraine until its officials helped investigate Trump’s political rivals.

The vote was predictable, apart from Mitt Romney breaking ranks and voting in opposition to his fellow Republican senators on one of the impeachment counts. His brave action meant that Trump was robbed of the ability to claim that his impeachment was a purely partisan exercise.

Romney said this to the Senate:

The grave question the Constitution tasks senators to answer is whether the President committed an act so extreme and egregious that it rises to the level of a “high crime and misdemeanor.”

The President asked a foreign government to investigate his political rival.

The President withheld vital military funds from that government to press it to do so.

The President delayed funds for an American ally at war with Russian invaders.

The President’s purpose was personal and political.Accordingly, the President is guilty of an appalling abuse of the public trust.

What he did was not “perfect”— No, it was a flagrant assault on our electoral rights, our national security interests, and our fundamental values. Corrupting an election to keep oneself in office is perhaps the most abusive and destructive violation of one’s oath of office that I can imagine.

Romney expected payback.  He did not have to wait long.

Trump Junior thought Romney should be expelled from the Republican Party.

In anticipation of his vindication Trump trashed a number of conventions by delivering a State of the Union speech which was more of a Trump Rally than a sombre assessment of United State’s situation.

Nancy Pelosi chose to respond at the end of the speech by tearing up her copy, live on National TV.

Matt Gaetz showed what an idiot he is by filing a complaint against her.

It is incomprehensible that Republicans can be so indifferent to the withholding of aid for political purposes and the subsequent refusal to cooperate with the investigation but be so upset by the tearing up of a copy of a speech.