Two weeks ago, I vented my spleen about a suppression order in a major upcoming criminal case of significant public interest. The suppression order has now been varied, so I am allowed to report on the outcome of the judgement: that the accused in the Urewera “terrorism” case will be denied a jury trial, and tried before a judge alone.

Yes, I’m serious. The defendants in a hugely controversial and political case will be tried by a judge, rather than a jury. No matter what you think of the case, this should be deeply troubling. Juries aren’t just a fundamental protection for the accused, the ultimate check on abuses of state power – they are also the primary signifier of a fair trial in this country. Yes, judges say that a judge alone trial is as fair as a jury trial (but they would, wouldn’t they). The problem is that the public just doesn’t believe that. Which means that if the trial continues in its current mode, the verdict simply will not be accepted. Any conviction can be blamed on the unfair process rather than the evidence. And even if you think the accused are guilty, that’s not a Good Thing. 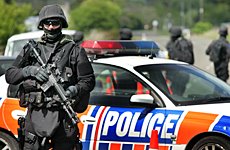 The blunt fact is that without a jury, there can be no public confidence in the outcome of a trial such as this. Only with the bullshit detector of 12 random people scrutinising the case can the rest of us believe that justice was done. But I guess a fair process we can have confidence in is just too risky for the police.

71 comments on “Unsuppressed: Urewera 18 to be denied jury trial ”