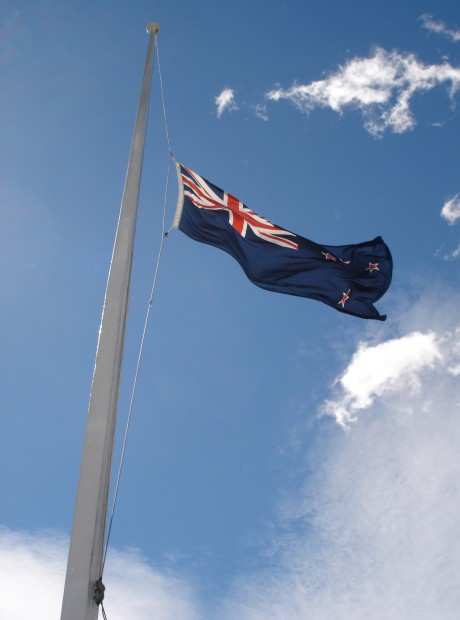 With the government clearly watching the unravelling of Australia’s Covid-19 response and putting in place $14 billion in preparation for a second infection wave, we are clearly now in a history-in-making territory of the highest instability outside a world war. We are getting into far riskier territory than a mere 1977-1982 oil crisis.

In budget 2020, simply to get through the year, they allocated $50 billion just for recovery. Bailing out South Canterbury Finance used to be big. Nope.

So let’s check the convergence we’re in:
– A parliamentary opposition so weak that National is now unlikely to have another shot at power until 2026
– A re-alignment of geopolitical dominance from the United States (and traditional Pacific friends) to China (and traditional friends)
– A longer, deeper, more jobless recovery for Australia and for ourselves such that the proper order of society and of the economy will only be sustained through total submission to government policy and to opportunities and projects funded by government debt
– The near-permanent decline of wool, tourism, outbound travel, airports and airlines, much mainstreet retail, restaurants, and heavy manufacturing, and the dominant rise of online shopping and commerce and even a tilt away from working in offices.

All this inside 2020, and we’re only halfway through the year. So we can expect more structural breakages.

This is the kind of moment you only get once a century.

Sure, most of our efforts should continue to be on mere survival as a country. Granted. But note what they did when it was going pear-shaped in March: they brought together a group of senior reps from NZ Defence, Health, Police, Civil Defence and more to dust off the plans you pull out when it’s unthinkable. That’s as close to a Deep State think tank as we’ve had for a while

More now is thinkable. “We haven’t got the money. so we’ll have to think”, said Ernest Rutherford over a century ago. It’s never truer than now.

It’s the only moment we’ll get like it to fundamentally re-imagine what we want this place to be.

All those items in the Too Hard drawer can be brought out. Questions that are so fundamental to our place and our people that they were unthinkable, but must now be said out loud.

I mean you can see, stumbling around, that this government do have their ambitious moments: re-nationalise all the polytechs; merge most of the District Health Boards, merge most of the water companies into regional blocs, more money on health and regional development than we have seen by several orders of magnitude, spend public debt on stimulus like none have done since the mid-1960s, fully command-and-control society until it’s stable. It’s an uneven picture, but as our crisis has deepened, that state has grown in power over us and in ambition, deepened and expanded by the month.

The policy imagination ought to be being as fired up as the government is allowing us to be.

Curiously the operators are keeping Prime Minister Ardern largely above the fray of major policy development. She rolls it out in set pieces with a smile when it’s ready to be rolled out. Management, even on this scale, is a failure of imagination.

We will only get to re-think New Zealand like this once. Plenty of countries re-found themselves. Singapore did. Ireland did thirty years ago. Australia did at Federation. The U.K. is now – painfully. China is right now. Israel did 70 years ago. Japan and Korea did after war and occupation. And most thrived as a result.

What further items might there be in the ‘too hard drawer’ for us to seize?

Can we confirm our new national confidence with a single written constitution, rather than a set of operating documents and treaties that don’t fit well? Something more interesting than the design of a flag.

Do we have an economic plan? Do we want one? A believable “Green New Deal’? How would enduring bipartisanship be possible? A bipartisan national transport plan? A massive re-nationalisation programme? Of water? Of fuel? Even of land? (Apparently tax will never be reformed by this government)

Re-adjust what we see as our threats? Full and final defence neutrality and withdrawal from Five Eyes? Merge Defence and Health? What does it gain us, and cost us? Draw our very close friends closer with a constitutional review that might include stronger common governing structure with our Pacific “realm” countries, perhaps some more formal structural ties with Australia?

Could we have blg national goals for when we celebrate the Treaty of Waitangi’s bicentenary in 20 years?

What priority would we assign to the effort needed to do any of that? And in what sequence do we do each one to enable the optimum change of our direction?

We don’t need more project-based laundry lists or trite “shovel-ready” concrete pours. What we do need is a government that acknowledges the scale of the crisis we are heading into, and forms the framework for us to think. Lets us in.

The very worst of all worlds is that we accept that government should just keep borrowing, absolving us from the work of participation in our own future. We’re not dumb or lazy, we’re not weak.

With the multiple crises besetting us so deep, we won’t have a choice but to fundamentally change. Our government is paradoxically unafraid to go big but doesn’t have any policy core team in its front bench. There’s no Bill Birch or W. B. Sutch to be seen.

Hope comes when they trust us to think, to imagine, to speak otherwise unthinkable things that could chart us a fresh course. As Samuel Beckett wrote in his 1983 novella Worstward Ho: “Try again. Fail again. Fail better.”

We should be enabled to re-think New Zealand as if we are beginning it again. To re-found New Zealand.