In 2010 the ACT Party with the help of National managed to pass a piece of legislation that damaged student democracy, and blatantly ignored public opinion. Voluntary Student Membership or VSM sounds like a horrendous STI, and its impact has been to screw student democracy. Prior to 2010 students had a choice as to whether […]

Reposted from Nick Kelly’s Blog One of the big policies the NZ Labour Party took into the 2017 election was to start reintroducing free education. Labour in the UK took a similar policy into their 2017 election, which is thought to have contributed to the “youth quake” which saw young voters turn out and vote for […]

Free Education – how to pay for it

I am a New Zealander living in Norway lecturing at NTNU, Norway’s largest University. For the last few months I have been thinking about the challenges of providing free post-secondary education. Norway offers free education for all students including international students.

The complete mess that National has made of our health system got plenty of airtime during the election campaign. While it received less coverage, the education system is a mess too.

Labour oppose visa scams – Nats would rather have the quick bucks

Labour is right to stress the many advantages that immigration brings to NZ, and right to address the major way in which it is being abused – student visa scams. Bill English has made National’s position clear, they would rather have the quick bucks.

A right wing “think-tank” wants to load students up with even more debt. 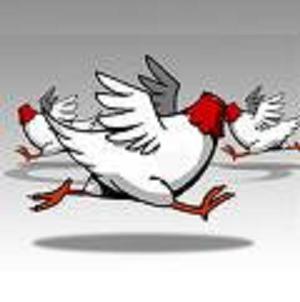 Although there have been predictable howls of outrage from the usual suspects, the media reaction to Labour’s bold tertiary education policy has been generally great.

Labour has rolled out another big bold policy that will shape the national discussion for years. Critics, most of whom received a free tertiary education themselves back in the day, want to deny a younger generation the same right (and pocket a tax cut instead). Enter Steven Joyce…

Education is a public good, but tertiary education in NZ has been undermined by high student fees and debt. So it’s very encouraging to see a proposal from Labour for reducing fees (and not ruling out free education!).

Skill shortages and reaping what you sow

Data released to the Sunday Star-Times shows a huge decline in numbers of tertiary students, including declines in many key skills and fields. Various explanations are offered, only one of them makes sense…

Before the election National promised that they would “Ensure that institutions have greater autonomy”. What does greater autonomy look like, National style? It looks like yet another National attack on democratic governance.