Of all of the inventions that currently make riding bikes safer and more convenient  in urban environments, I’d have to say that the rain radar would be number four on my list.

Since I shifted to working close to home, and then shifting to cycling rather than driving, I’m not affected much by the effects described this morning in the Herald “Heavy rain to hit during Auckland’s morning commute“.

Auckland commuters are set to be battered by heavy rain as another week of unsettled weather descends on New Zealand.

It will pay to have some indoor activities prepared to fall back on this week for those on school holidays.

A number of fronts are muscling their way over the nation from the Tasman Sea and bringing a week of turbulent conditions for many.

Already this morning two crashes on the Southwestern Motorway southbond have blocked lanes.

Even apart from the amusing typo of ‘southbond’, the rest of the article sounds like the usual disaster for Auckland car commuters. All it needs now is an overburdened train network to go down – again. Hanging out for the central rail link to go it. It should effectively double the available line capacity.

This is because of the legacy of a sustained immigration push by our previous National government that has increased its population by almost 20% in a decade from about 1.4 million in June 2008 to about 1.7 million in June 2018. At the same time the same lazy government didn’t help to put in most of the required infrastructure and housing required to handle that population. What has been done was largely planned and implemented by the previous Labour government or like the Central Rail Link – kicked out of them by our active council.

But if you look at the rain radar as I do every rainy work morning  you can see what the Herald article was referring to. That was at 0613. When I looked at that, I decided that going to work early was a terrible idea and that I should have a leisurely breakfast and write a quick post while waiting for the rain to pass. I prefer to not get soaked on the way to work. It is a pain to change from the clothes stored in my locker and carting damp clothes back up the hill. The alternative of drying out whilst writing code does nothing good for its quality.

But just as importantly, better weather means that the drivers of cars, vans, buses and trucks are way less likely to see us and less likely to attempt to inadvertently kill or injure us.

My 3.7 kilometer commute currently takes me 10-15 minutes from the time I turn my helmet on while going down the stairs to the carpark. The time variation is in largely in the time spent at the lights crossing at pedestrian between bikeway segments. I average just under 17km per hour including the lights – probably higher than those poor sods on the motorway .

I measure that with my new helmet, with its forward and rear LEDs, turn indicators, and inertial brake light.

An unexpected side effect is the way that it lights up every street sign to an iridescent work of art. Something to do with the light of front while LEDs. 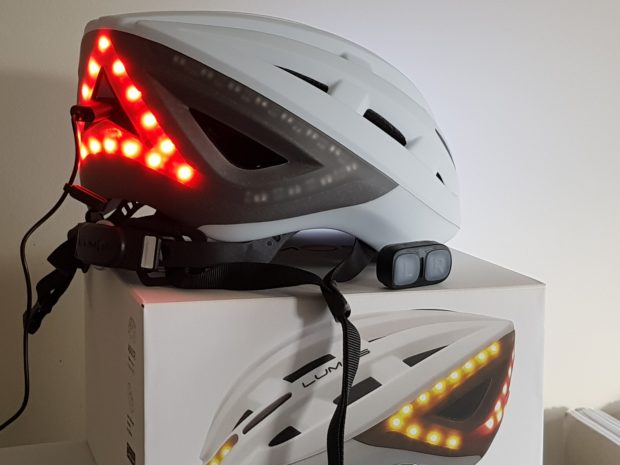 Later in the year, I’m going to have to get off the bikeways and go to work with the dangers of inattentive stressed motorists. I want to be extremely visible in all weather conditions. I’m also going to get a very loud powered horn because I see way too many motorists using those frigging cellphones while driving.

But of course what makes this all possible is the e-bike. This is what allows my solid (120kg) sixty year old  body to do the ride up Grafton gully from near sea level to the 85 metres above sea level at the ground level of my apartment.

It means I can get a dose of daily exercise without doing something pointless in a gym and without killing myself. 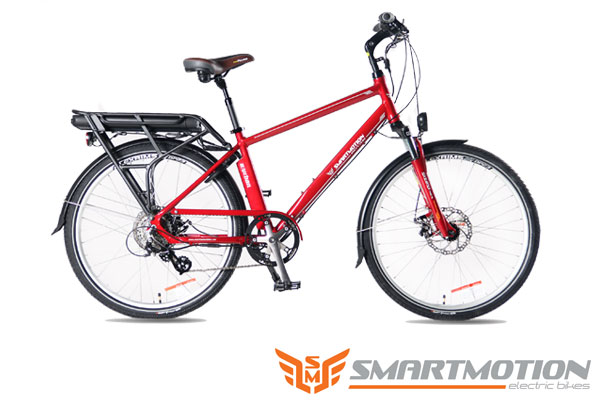 The only problems with this little guy is that I’m getting a bit creaky throwing my leg over the seat in the mornings (I’d advise everyone to get a step-thru), and if you weigh what I do 120kg and usually with 8-10kgs of computer gear – find something with a bigger motor.

The exercise at the top of Grafton Gully is excellent on this bike. But if I’ve just pulled 12 hours of solid coding, it is sometimes a bit painful. I’d like to turn the grunt up a bit more.

But most of all, bikeways are just the best. Motorists are completely careless and dangerous at the best of times. This isn’t so much of a problem when you’re armoured with tonnes of metal  protecting you from the consequences of your and others stupidity. But it sure is then you’re only protected by clothes and a road code that is more measured in its non-observance than in its adherence.

Bikeways are far more preferable. Sure they’re starting to get a little crowded at the rush hours. But at least other cyclists (and pedestrians) have a similar regard for their skin. They’re way easier to deal with than a SUV with a parent, kids and a cellphone.

Anyway, the radar looks like this now. Time to go and code.. 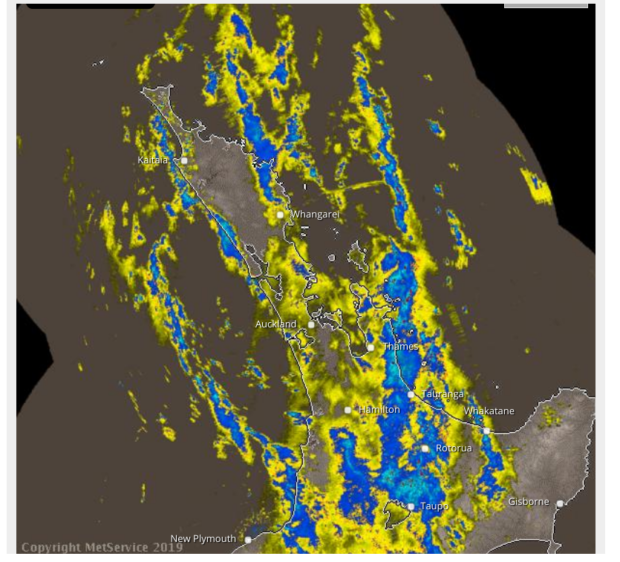 BTW: Neither myself or the site gets anything from any of the suppliers described in this post. Unlike some other sites and media we never have nor intend to have paid for articles or free samples.

35 comments on “Watching the rain radar ”