What is Whanau Ora?

Family Commissioner Jan Pryor says she can’t give a definition of Whanau Ora, Tariana Turia’s pet programme that Pryor’s Commission will be helping to run. What a bunch of utter crap. Saying that she can’t give a definition because she is “a middle class white woman” is totally unacceptable. This isn’t some academic activity, we’re talking a billion dollars of our money each year.

I’ve looked around, trying to understand what Whanau Ora is. This is the best I’ve found: 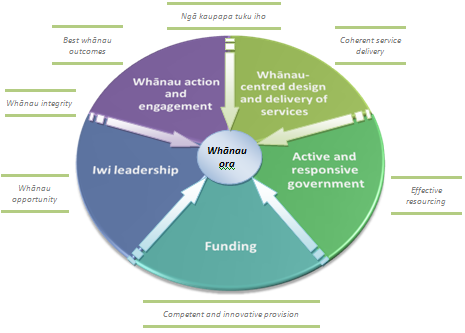 That is technically known as polished bullsh*t. Then there’s this:

Minister Turia established the Taskforce on WhÄnau-centred Initiatives in order to develop a new approach for the design and delivery of government funded services and initiatives to whÄnau one that places whÄnau at the centre and builds on the strengths and capabilities already present in whÄnau. The Minister believes that a new approach will lead to better outcomes for whÄnau, and better value for the related investment made by the government.

The government needs to explain. Turia and Key need to explain exactly what they are going to do with a billion dollars a year of our money, and exactly how that will produce better outcomes.

I have a sinking feeling that this is all just a scam. I fear that interjecting themselves between public service providers and the public is just a way for Turia’s buddies to clip the ticket, grabbing some taxpayer dosh without delivering anything of real value to the people in need. The complete failure of anyone to show what precisely Whanau Ora is and how it will deliver a net benefit to the people it is intended for only deepens my suspicion that it is all a scam.