What should the left make of the US election result? 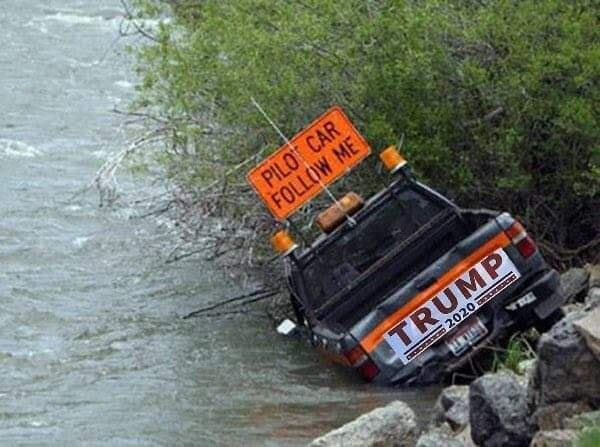 What should we make of the election result?  My responses as the results have rolled in have varied from fear to hope to optimism to happiness to what the f&*k happened?

I am pleased, so pleased that Trump lost.  But why was it even close?  Sure Biden dominated the East Coast and the West Coast and the North and the urban centres and he won the popular vote by over 4 million votes but how did Trump get 70 million people voting for him?

Was it a triumph for the progressive left in America?  If so why was the result so close?

When you look at the tactics this suggests that the Democratic Brains Trust continues to think that the electorate can be thought of as a bell curve.  There is a rich wad of votes in the middle that can be persuaded over as long as the policies are not too radical.  They need to present an alternative to what the opposition is proposing, but it cannot be too different, just in case it scares the punters.

But what happened?  On one side was a netherandal who has separated kids from their parents just for political kicks, has just fired the Secretary for Defence because he thought keeping Military bases named after Confederate Generals was a good idea and who took delight at trashing anything to do with addressing climate change and on the other side there was Joe.  I would have voted for Joe.  I can’t think of anyone who would be challenged making the decision of who to support.

This was not a battle for the middle of the bell curve.  This was a fight over two completely divided parts of the electorate about who managed to get the most of their supporters to vote.

Alexandria Ocasio Cortez has pointed out as much in this Guardian article:

“There’s a reason Barack Obama built an entire national campaign apparatus outside of the Democratic National Committee,” she told the Times’ Astead Herndon. “And there’s a reason that when he didn’t activate or continue that, we lost House majorities. Because the party – in and of itself – does not have the core competencies, and no amount of money is going to fix that.”

Ocasio-Cortez, who defeated a longtime Democratic politician in 2018 and who won re-election in her Bronx district by more than 50 points, endorsed the Vermont senator, Bernie Sanders, over Joe Biden in the Democratic presidential primary.

The truce is over. The failure of the party to operate an online strategy “in a real way that exhibits competence”, Ocasio-Cortez told the Times, made it hypocritical for the party to advance criticism of progressive messaging.

“If I lost my election, and I went out and I said: ‘This is moderates’ fault. This is because you didn’t let us have a floor vote on Medicare for all.’ And they opened the hood on my campaign, and they found that I only spent $5,000 on TV ads the week before the election?” Ocasio-Cortez said. “They would laugh. And that’s what they look like right now trying to blame the Movement for Black Lives for their loss.”

Grassroots activism that produced large turnout in Detroit, Philadelphia and Georgia was crucial to Biden’s win, and if the Democratic party fails to recognise that and incorporate the grassroots, the party disintegrates at the ballot box, Ocasio-Cortez said.

Naomi Klein describes the problem in this way:

I think about that moment in 2018, when the Democrats took back the House of Representatives. They were expecting their victory parade and instead had their offices occupied by the Sunrise movement and [Ocasio-Cortez] greeting them and pledging to introduce Green New Deal legislation. That sort of inside-outside pincer is what we need to be replicating again and again and again. That is a glimpse of the kind of dynamic that we will need if we are going to win the policies that are actually enough to begin to keep us safe.

What we have seen with the failure of the Democratic party to do the one thing that we look to from a political party, which is be good at winning elections. I don’t need to outline all the things we had going in our favor but this election should have been a repeat of Herbert Hoover’s loss in 1933. We are in the grips of a pandemic, a desperate economic depression and and Trump has done absolutely everything wrong.

This should have been a sweep. It should have been the sweep that we were promised. And the fact is, the Democratic leadership bungled it up on every single front. It wasn’t just a mistake. They did not want to offer people what they needed. They are much more interested in appeasing the donor class than they are in meeting the needs of their constituents, who need them now more than ever.

This boils back to who would have been better?  Joe or Bernie?  The polls and the doning class said Joe but you have to wonder if Bernie may have enjoyed greater success.

There is a further problem for progressives in America.  There does not appear to be a downside if you want to bend the rules to breaking point.  At least for the right and I say this because I cannot think of a similar situation where the left have bent the rules so egregiously.  From Glynn Greensmith at Crikey (paywalled):

Look at what can be achieved when you simply deny a Supreme Court candidate a vote eight months out from an election, then force a different candidate through within days of the next one. Because you can. All you have to do is accept the charge of hypocrisy and you can change the fundamental balance of constitutional law, and potentially elections themselves.

Accountability, so underrated for so long as to be thought to be inherent in the system, is now found wilting through a prism of fanaticism, polarisation, and gerrymandering. Without electoral accountability, the structures holding civilised society together have found themselves at the mercy of the awesome power of shamelessness.

The question, then, is how to put structural integrity back at the heart of democracy.

Politicians own the ability to claim a mandate from the people after every election. But that does not mean/should not mean/was not designed to mean they then own the very essence of the concept of governance.

Maybe it is just that the electorate is hopelessly divided and bell  curve analyses no longer apply.  Maybe turnout is king and the Democrats should do nothing more than what Stacey Abrams has been doing in Georgia and get people enrolled and make sure they vote.  And offer them hope.

The result should be contrasted and compared with the recent result in Aotearoa New Zealand.  Labour should be exceedingly thankful to support from Maori and Pacifica communities.  And we need to reflect on how competence and passion worked so well with the electorate.  And how incompetence and passion in America nearly gave Donald Trump a second term.

76 comments on “What should the left make of the US election result? ”