75 workplace deaths a year ok then?

The Independent Taskforce on Workplace Safety  finds the New Zealand workplace health and safety system is “not fit for purpose” and is an indictment of employer self-regulation. An average of 100 people die each year in New Zealand, and the Taskforce thinks National’s target of reducing workplace deaths by 25% by 2020 is modest – I think it means the government still doesn’t get it. One death at work is one too many –  zero tolerance should be the policy.

When you look at the dependence of farmers in extreme climates around the world who are reliant on regular weather like the monsoons in Bangladesh or the mild winters in the gulf stream washed areas like Europe, it is clear how reliant we are for food on our relatively unchanging climate of the past 11,000 years.

Hot on the heels of electricity industry funded Lewis Evans publishing an op-ed about how terrible NZ Power is, another academic has popped up to claim the policy is the end of the world.

NRT: “The worst of the worst”

I/S at No Right Turn on the difference between what was promised of the “3 strikes” law and the way it is being used in practice.

An Advantage New Zealand conference at SkyCity is the centre of major PR for John Key-backed, big oil exploration in NZ. While promoting and backing each others’ destructive profiteering, and endangering NZ’s environment, they are nurturing their networks of influence over expensive dinners and on the golf course.

Lewis Evans had an op-ed in the Dompost yesterday. It attacked NZ Power in confused terms. Evans claimed, for instance, that all the savings from lower costs would come from lower dividends to the Government, when a moment’s thought shows you that’s not true and will be even less true after the asset sales. The disclosure statement at the end of Evans’ op-ed doesn’t mention Contact and Meridian pay him.

Geoff Bertram states in today’s DomPost  that he advised the Select Committee on the Mighty River Power sale that  power companies’ excessive profits were potentially subject to regulatory interest by any government that placed consumer interest ahead of the companies’ interests, and that this would significantly affect their values. The Government and the companies cannot say they were not warned.

Parekura Horomia died this afternoon following a short illness. He was a great Totara in the Labour forest and will be greatly missed.

I/S at No Right Turn on the Nats’ excuses and choices as they oppose the extension of paid parental leave.

It’s not us: it’s the big banks

MSM articles show the big Aussie banks are making record profits, Kiwis can save, and Adam Smith worshiping think tanks are not to be trusted. Cunliffe & Norman said it a while back – NAct policies and government spending cuts are not the answer.

National and their proxies have claimed that Labour / Green NZ Power announcement has crashed the stock market and wiped out savings. Lies lies lies. Here’s the data.

John Key has committed to giving up the National Party’s leadership if he loses the next election. That didn’t stop him from committing the next National Government from reversing NZ Power and putting up electricity prices whenever it comes to power . It got me thinking about the people who are so keen to kill NZ Power in its cradle and why. Today: MRP CEO Doug Heffernan.

Former banker Bruce Wills and current head of Federated Farmers has joined the chorus attacking NZPower. Given the tired old  arguments he raises, it would be interesting to know if his farmer members would rather have lower power prices, or banker Bruce as their spokesman. 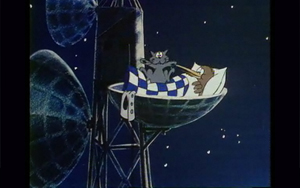 Aotearoa is Not for Sale is counting down to the National Day of Action this Saturday 27 April.  Now is the time to support NZ (People) Power & say there are alternatives.  Get your banners & placards ready, polish up your chants and slogans, and get ready to make some noise. [Update: added poster][Updated posting time to move it to the top today]  Update – AKL photos]

Welcome to Poverty Watch, a weekly update on National’s lack of response to the urgent and growing issue of poverty in NZ. This week we continue with the 2012 report from the Office of the Children’s Commissioner. In recent news the effects of the welfare cuts are showing up, and rheumatic fever is on the rise…

A year ago the nats announced massive changes to employment law. And then they went quiet.

Now with a new Minister of Labour they’ve decided it’s time to move.

We would love to see wages drop

Key said “we would love to see wages drop”. Sure enough National’s anti-worker employment Bill is designed to have that effect, as stated in a Cabinet briefing paper.

Strikes: One Law for All

National’s  Labour laws announced today have new sanctions on workers’ strikes: parties will have to provide notice of a strike, and employers will have a new right to fine workers for “partial strikes.” Also today the Herald’s Insider  reports business reaction to Labour’s NZPower and invokes the threat of capital strike,  posed as a threat to an elected government’s right to govern. If Simon Bridges wants to see fairness,  then capital strikes by business should surely face the same constraints as worker strikes.

I like my employer, and they’re not ungenerous.  But I’m pretty sure they wouldn’t spend $250,000 on helping me to get another job – and one that I’m a long shot for at that.

As Tim Groser’s employers, you’ve got to wonder just how generous we as voters are being.  And why either he doesn’t think we’re good enough employers and wants to leave, or why National want rid of him.

The changes announced today to employment law represent the most serious attack on the rights of working people to a fair go since 1991. As I wrote on this blog that the Bill will reduce the Employment Relations Act to a farce and the result will be wages are driven down and employment agreements broken […]

In his meetings with Ian Fletcher, Key’s main aims and activities are hidden in plain sight. They connect with US-led initiatives around digital copyright, intellectual property and commerce.  Recently there have been some worrying developments in the bigger picture: GCSB, ACTA, TPPA, SOPA, CISPA.

I/S at No Right Turn on the strange disappearance of the Electoral Commission recommendations on MMP. Soon it will be too late to have changes in place for 2014…

‘That politician got amnesia again’

Today’s anonymous Dominion Post editorial points to the beginning of John Key’s fall from grace.  It centres on Key’s personal qualities, continues to support the MSM’s support of personality politics, glosses over the serious issues masked by Key’s (alleged) amnesia, and uses a false equivalence with Helen Clark.

Cuts that could kill

DOC is being cut to the bone. DOC staff, Labour and the Greens have all warned that these cuts risk another Cave Creek disaster.