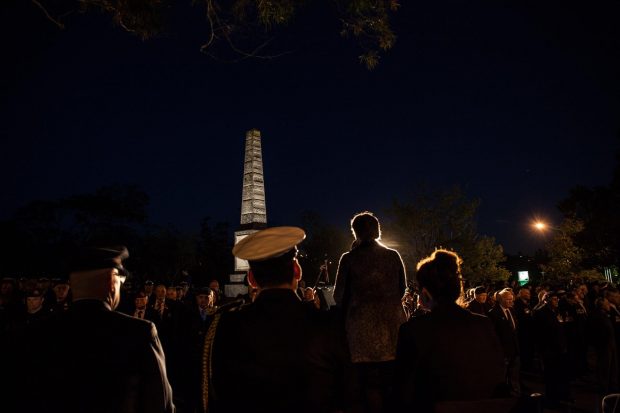 The Herald list of ANZAC Day services are here.

Auckland Peace Action is hosting an alternative Picnic for Peace for ANZAC Day this Wednesday, April 25th at the Auckland Domain rotunda at noon.

Peace Action Wellington is going to lay a wreath at the Anzac ceremony. From their press release:

Peace Action Wellington and friends will join Anzac day events in
Wellington to remember civilian casualties of war. We will call for an
end to war, and will honour all civilians casualties with a respectful
presence at the dawn service at Pukeahu and at the Wellington Citizens’
Wreath-laying Service at the Cenotaph at 9am.

“In the past four years we have seen an increasing obsession with Anzac
day. This came to a head around the First World War centenary. Anzacs
continue to be heavily romanticised as heroes and the protagonists of
the historical New Zealand war narrative. However, selective
commemoration can alter our view of history, and whose lives we deem to
be important. On this day of remembrance it’s important we remember all
aspects of war, including the civilian casualties and those that opposed
it.”, said spokesperson, Alex Davies.

“We cannot separate commemorations of the past from the contemporary
wars we participate in. Anzac day is a day to remember and reflect, we
should be able to think critically and question how as a country we can
be actively working towards peace.”, said Drew.

And for some stirring reading about incredible bravery this article about Phil Lamason will take some beating.

Dannevirke’s Phil Lamason is acknowledged as one of New Zealand’s greatest World War II heroes, but his contribution has been largely unknown – until now.

His heroism and a remarkable eye-locking encounter with a senior German officer and a 20-strong firing squad, while surrounded by snarling german shepherds in the Buchenwald Camp in 1944, which saw the officer back down, is captured with spine-tingling realism in I Would Not Step Back . . .

It was a defining moment in an already momentous bomber command career – his life was on the line, but he would not step back.

Because Mr Lamason refused to back down, all 168 of his men, 82 Americans, 48 British, 26 Canadians, nine Australians, two New Zealanders and one Jamaican, survived the hell hole that was Buchenwald, where often the only way out was as smoke through the chimney, he told the Dannevirke News before his death in 2012 aged 95.

Have a very happy and rewarding Anzac day.