Wikileaks founder Julian Assange has been arrested inside the Ecuadorian embassy. 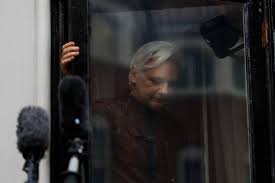 Ecuador lifted his diplomatic protection, with President Lenin Moreno saying Assange had “repeatedly violated” the conditions of his asylum in his country’s London embassy.

It has been alleged that Wikileaks were involved in leaking details of President Moreno’s personal life.

Ecuador says it has been given assurances that Assange will not be extradited to any country that has the death penalty.

UK Police were invited into the embassy, where they arrested Assange on charges of breaching bail conditions relating to the now dropped Swedish rape case.

Wikileaks has responded by asking for money.

Video of the arrest from the Guardian: 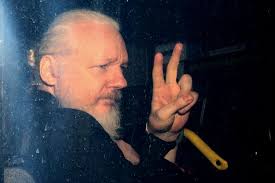