Auckland could become a ghost town this summer 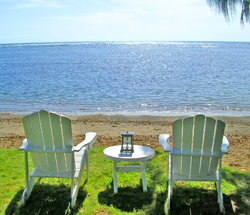 Many Aucklanders are poised to leave the city when the borders open (and the bubble bursts?) on 15 December. This is understandable after having been cooped up for months and no chance of taking selfies on the beach outside of Auckland and the conviction that the grass in Northland is always greener even in a severe drought. These fortunate people will be mostly the have’s with the 3 B’s (boat & bach & Beemer) and 3 C’s (Covid certificate & credit card & clean crystal-clear conscience) while the usual have-not’s will stay behind in the city and work in retail, hospitality, or cleaning, i.e. the great unwashed or unvaccinated with a moral stain on their conscience.

The international borders will stay closed, so there won’t be an influx of returning Kiwis or overseas visitors/tourists.

The border crossings will not resemble Checkpoint Charlie and police will undertake spot checks only. Perhaps they could combine it with checkpoints for drink-driving, which have been so effective in saving lives. Thus, it is likely that some (?) Aucklanders will exit the city while carrying the virus and take it with them. If little Johnny in the backseat, aged 12, is not fully vaccinated or doesn’t have a negative test less than 72 hours old he will face a fine of $1,000. This will be good lesson for life for little Johnny: actions (or inactions) can have dire consequences. On the other hand, if visiting his granny, in her 90s, who’s fully vaccinated many months ago, little Johnny or his unvaccinated younger siblings could unwittingly transmit the virus and make their granny very ill with Covid. Of course, they had this conversation before planning the trip and getting in the car and made an informed, unbiased, and wholly ‘rational’ choice and fully accepted or at least considered all the consequences, as you do.

While little Johnny is treasuring his final school days of the year in school he doesn’t have to be vaccinated at all or show a negative test. Apparently, the mandate for teachers and all staff has bullied the virus out of schools; without the mandates many would not have made the right choice in time for the borders to reopen and Government would have been accused of being a Christmas Scrooge, which would be unkind and unfair.

Some locals in the usual holiday spots will be very excited about the pending spending of Auckland dollars while others might feel some trepidation about the risk of spreading the virus into more vulnerable communities. Either way, it might not do much for a positive public opinion of Aucklanders in general even though Auckland has done it tough for all these months in lockdown.

After the holiday break returning Aucklanders won’t have need to have proof of full-vaccination status or a negative test when crossing the spotty ‘borders’. Let’s hope that having been away for a few weeks won’t be long enough to increase community spread of the virus and infection of Aucklanders before they go home and back to work in early January or back to school later in the month. Even fully vaccinated people can still catch and transmit the virus, albeit at lower rates/levels, and unvaccinated children under the age of 12 could become a major source of new infections, as seen in other (European) countries. In the current Delta outbreak 1302 of all positive cases (21%) are under 12 years of age and therefore not vaccinated; the same group accounts for 21 of all hospitalised cases (6%).

A few people might head into Auckland, e.g. to visit family or friends. No paperwork required. However, when they leave they’ll have to be able to show the required documentation or face the consequences. The reasoning behind this apparent inconsistency is that being in Auckland carries a higher risk although the hope (!) is that the high vaccination rates will change this by 15 December and the return date of 17 January. Unfortunately, not all regions (i.e. DHBs) have such high vaccination rates – major local differences can exist even within DHBs aka heterogeneity – and it seems wishful thinking on behalf of the authorities that this situation will fundamentally change and improve in time for the mass movement of travellers, regardless of any mandates. And as the experience of highly vaccinated countries has shown relying on even very high vaccination levels alone is not a smart move and can have dire consequences although summer weather in NZ will be an advantage.

Government is bowing to political pressure and the multipronged lure of summer, Christmas, and holidays is simply too strong to resist let alone stop. It is easy to imagine that if things go pear-shaped the blame and responsibility will be divvied up between Government and Aucklanders. Feelings of anger and resentment can linger for a lifetime, which doesn’t bode well for the future. This could be the best of summers (for some), it could be the worst of summers (for others).

39 comments on “Auckland could become a ghost town this summer ”