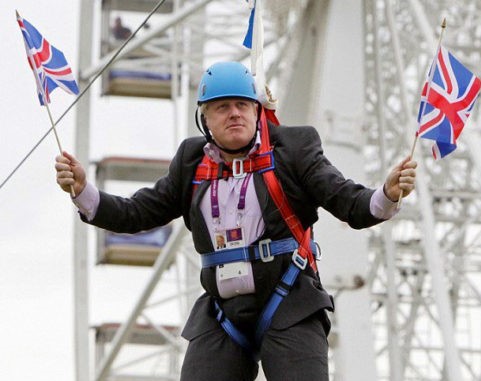 At one level he may be an affable oath.  But at another level he is a dangerous psychopath.

I am talking about Boris Johnson, current Prime Minister of the United Kingdom.

What makes me say this?

Despite International Law, and the steps that the world has taken over the past few decades to wind back the nuclear threat he wants to increase the United Kingdom’s arsenal of nuclear weapons.  From Jon Stone at the Independent:

Boris Johnson’s plan to increase the size of the UK’s nuclear weapons stockpile amounts to a violation of international law, campaigners and experts have warned.

The government’s integrated defence review said the UK would be lifting the cap on its nuclear arsenal by 40 per cent, to 260 warheads.

The UK had previously been committed to cutting its stockpile to 180 warheads by the mid-2020s, but the review said this policy would be changed “in recognition of the evolving security environment, including the developing range of technological and doctrinal threats”.

The announcement comes despite the UK being a signatory of the Treaty on the Non-Proliferation of Nuclear Weapons, which commits the government to gradual nuclear disarmament under international law – a policy successive administrations have stuck to.

The review also says the UK reserves the right to withdraw assurances that it will not use nuclear weapons against a non-nuclear armed state “if the future threat of weapons of mass destruction, such as chemical and biological capabilities, or emerging technologies that could have a comparable impact, makes it necessary”.

The NPT rests on the promise of nuclear-armed states that they will never use nuclear weapons on a non-nuclear armed state, as an incentive for the latter not to seek to acquire its own arsenal.

And dear me but the UK Labour Party showed a complete lack of backbone in responding.  Again from the Independent:

Labour criticised the plans to increase the size of the stockpile, though the party supports the renewal of Trident in general.

“I voted for the renewal of Trident and the Labour Party’s support for nuclear deterrence is non-negotiable – but this review breaks the goal of successive prime ministers and cross-party efforts to reduce our nuclear stockpile,” Sir Keir Starmer said in the Commons. “It doesn’t explain when, why, or for what strategic purpose.”

The Labour leader added: “From Europe to the Indian Ocean, this government now has a reputation for breaking international law, not defending it.”

So some nuclear weapons fine, but too many bad?  And what ever happened to a passionate response of the “I can smell the uranium on your breath as you lean towards me” variety?  Spending billions of dollars on refining an existing capability to make the rubble bounce and bounce makes no sense.

Nuclear deterrence is a bizarrely stupid concept.  Its essence is that we need nuclear weapons so that we will not use them, that we are safer if they exist because if they did not exist we may use them.

The United Kingdom is a two bit nation dreaming of past glory.  We should not be surprised that it still harbours thoughts that it is still a major nation.

Where did Boris get the idea from?

Julian Borger at the Guardian has a suggestion:

According to those who have worked for him on the issue, [former US President Donald] Trump is preoccupied with the existential threat of nuclear war, and resolved that he alone can conjure a grand arms control bargain that would save the planet – and win him the Nobel prize.

But at the same time, he is clearly thrilled by the destructive power that the US arsenal gives him, boasting about the size of his nuclear button, and a mystery “super duper” missile he this week claimed the US had up its sleeve.

Administration officials have been left to try to confect a coherent-sounding policy out of such contradictory impulses – so far without success.

“He believes only he has what it takes to make the big deal, if only everyone else – all the experts – would get out of his way,” a former senior official said. “But he just has no idea about how to make it happen.”

The Trump administration’s arms control policy has been stuck for nearly three years on its insistence that China be involved in any new treaty. Beijing has so far refused to be drawn into negotiations which it believes are the responsibility of the US and Russia, who together possess more than 90% of the world’s stockpile of nearly 14,000 warheads. The Federation of American Scientists estimates China has 320 warheads, which are stockpiled, not deployed.

“The administration continues to stall,” the Democratic senator Chris Van Hollen told the Guardian. “The best way to describe their position is that it’s under review. And the problem of course is this has been under review for a very long time now and the clock is ticking.”

By the accounts of those who have worked for him on the issue, the president remains convinced that he can somehow work out a deal if he was able to speak face-to-face with Vladimir Putin and Xi Jinping.

There is a second possibility, that Boris’s sabre rattling is to take the attention off Brexit.  From Polly Toynbee at the Guardian:

Now we know that British exports to the European Union plummeted by a cataclysmic 41% after Brexit on 1 January, what next?This is not the “slow puncture” predicted, but a big bang. Yet so far, it registers little on the political Richter scale.

It should shake the government to the core, but voters are well protected from this unwelcome news by our largely pro-Brexit press. Nor does BBC news, under Brexiteer mortar fire, dare do enough to rebalance the misinformation. Saturday’s Financial Times splashed that killer trade figure on its front page, but the Daily Express splashed “Flying start for US trade deal”. There is no “flying start”. Meanwhile, an EU legal action against Boris Johnson is starting this week, for his reneging on the Northern Ireland protocol and thereby imperilling the Good Friday peace agreement.

The Sun, Daily Mail, Daily Express and Daily Telegraph barely cover the EU trade fiascos, says Dr Andrew Jones, part of an Exeter University team monitoring Brexit media stories since the referendum. Currently, Jones says, those papers’ main Brexit story is Britain’s triumph over the EU on vaccines. That trope always omits the fact the UK could have purchased the same volume while in the EU, but it has become the Brexiters’ clinching case.

In both issues, nuclear stockpile and Brexit jingoistic claims about Britain’s strength have resulted in some pretty crazy policy positions being taken.  Hang on, this is going to get rough.