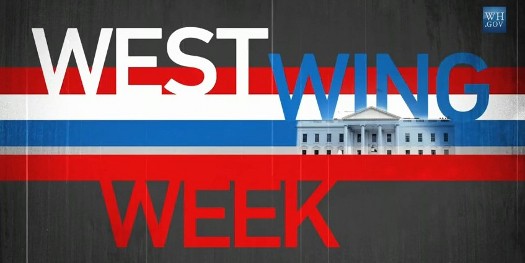 Not long after The White House Correspondents’ Association met with Obama’s Press Secretary to complain about limitations on their access, The White House launched its own weekly video blog.

Presidential administrations have always tried to harness new communications technologies to shape a favorable image, says Mordecai Lee, a professor of governmental affairs at the University of Wisconsin at Milwaukee. Grover Cleveland was the first president to appear on moving film. Calvin Coolidge was the first to address the public directly via radio; Franklin Roosevelt redefined the use of the medium with his folksy “fireside chats.” Bill Clinton was the first commander in chief on the Internet, and George W. Bush used it extensively. During the 2008 campaign, social media, such as Twitter and Facebook, became standard tools.

“West Wing Week” is in the same tradition, Lee says: “I think this is all about bypassing the capital press corps.”

And why wouldn’t you?