Martyn “Bomber” Bradbury has been banned from appearing on RNZ after strongly criticising Key’s behaviour in the throat slitting incident (video).  Bradbury confirms the ban in this post:

Banned from Radio NZ for criticizing the Government 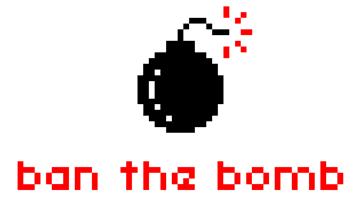 Folks, the rumors are true, I’ve been banned from Radio NZ for criticizing John Key. I was phoned last Friday morning and told that my criticism of John Key was over the top and as such I had broken RNZ editorial policies. I thought they were joking.

I was first on RNZ over a decade ago with Kim Hill and have since then been a regular on the Panel, a show I very much enjoyed participating in. I have given dozens of opinions with the same bite in the past and thought the entire situation was a wind up.

I was wrong, this was no joke. I was told I would be banned, I asked if that was for life and was left with the impression that a Labour-Green Government would be in power before i was ever let back on the station. …

Not only has Bradbury been banned, RNZ has removed links to the audio of his criticism from its web site. Here’s the page for Afternoons last Thursday, note that The Panel (usually linked as Part 1 and Part 2) has only Part 1.  Bradbury’s remarks in Part 2 have disappeared down the memory hole.

The audio is still available if you know (ht hutch) where to look: (audio link)The relevant section starts at 07:30, or we’ve extracted just that section here: (audio link)If you’re not up for audio, the text of what Bradbury said is in his post linked above.  Have a listen and judge for yourselves.  This is all it takes to get you banned from RNZ.  I look forward to all the proud advocates of free speech, and all the journalists who opposed the Herald’s ban from Parliament, kicking up the same kind of fuss over this outrageous act of censorship.

Update: This just in from Bring back Bomber in comments:

I just spoke to RNZ CEO’s PA who put me through to John Houson (she said he was responsible for the banning) who told me Bomber was actually banned for making defamatory statements about the prime minister, and that Key might sue Bomber for defamation. He couldn’t tell me what statements were defamatory, told me to look at the script.

Update 2: From Carol:  Bomber just tweeted his response to the defamation claim:

RNZ now claim they banned me because I defamed the PM that wasn’t mentioned in their call to me, they r making this up as they go along now

Update 3: Good to see that 3News is now on the case: Blogger Bomber banned from RNZ for criticism of Key.

145 comments on “Censoring criticism of Key ”