Civilian offers a bleak look at our future. 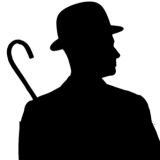 During his 20-minute closed door meeting with Prime Minister Jacinda Ardern, United States President and trigger-event for shifting timelines, Donald Trump, jarringly and repeatedly pressed Ardern about requirements for asylum in New Zealand or at its Washington, DC embassy.

Even when Ardern tried to turn the topic to other conversations, Trump appeared to stare off into the distance, feigning acknowledgement, before awkwardly returning to the subject of asylum, which sources close to the conversation say he seemed “fixated on.”

Oh dear, I can see where this is going

Sources say Trump brought up the subject of asylum no less than eight times, and concluded the meeting by asking if he could see the form.

The Civilian is a satirical website that specialises in looking at worst case futures. But this is a terrifying look towards a possible future. But it doesn’t have to be that way. Like climate change, it is possible to change the future now.

Can I suggest that we might want to look at passing an explicit act of parliament to control the influx of blowhard bolthole ‘refugees’. Make it retrospective?

It is bad enough having bolthole billionaires bribing the National government with donations. Having a deadbeat billionaire debtor looking for a bolthole and kicking a real asylum seeker off the list is a really bad idea.

13 comments on “Civilian offers a bleak look at our future. ”