Climate Change and Us

The OECD published their 10-year environmental report on NZ today, showing many concerns; from rising greenhouse gas emissions, to having among the highest extinction rates in the world, to irrigation and freshwater pollution.

Steven Joyce blustered about needing to balance economic growth now and in the future against having a liveable country.

But 35 MPs in a cross-party grouping also delivered a report today.

The GLOBE-NZ grouping of MPs have been looking at our commitments to the Paris agreement, and to getting to net-zero emissions by 2050. 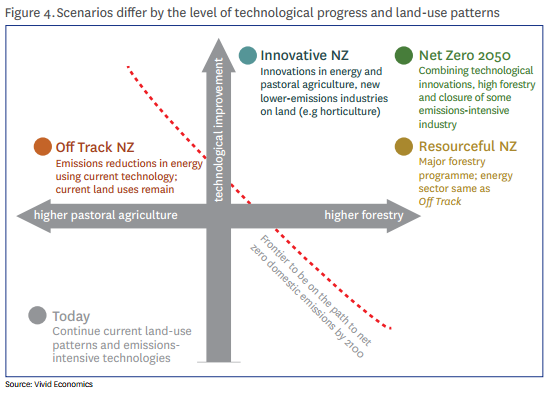 Neither Resourceful or Innovative is enough, and we need some combination.

This is a brave report for the National members of the group to sign up for, when the recommendations go directly against the government’s dairy & irrigation intensification plan:

Scott Simpson, one of the National Party members of the group, said climate change was a challenge that would face all governments, of whatever stripe.

“These are issues that don’t fit neatly into a three-year parliamentary cycle.

“So it make sense for us to not be too politically isolated in terms of how we approach issues of this sort, I think it’s been a good process.”

Much easier for Green MPs, like group leader Kennedy Graham, and Labour to sign up for, when it marries with their other commitments.  NZ First and Maori MPs are also involved.  David Seymour was involved, but didn’t endorse the report.

It’s great to see cross-party engagement on such a significant issue that impacts all of us – as the World Meteorological Organisation’s report (also today!) makes clear.

Despite the dissipation of El Nino, 2017 continues to build on 2016’s record-breaking heat.  Polar melting continues to hit records, and is affecting the weather world-wide.  We have atmospheric CO2 at levels not seen for 4 million years.

Trump is trying to cut climate change research, and remove it from international agreements (G20 = 19 vs 1 – Russia & Saudi are concerned about climate change even when the US is not) but as record heat events continue it’s clear the rest of the us in the world need to step up. (anomaly compared to 1961-1990 average. against pre-industrial age average is bigger…)

4 comments on “Climate Change and Us ”