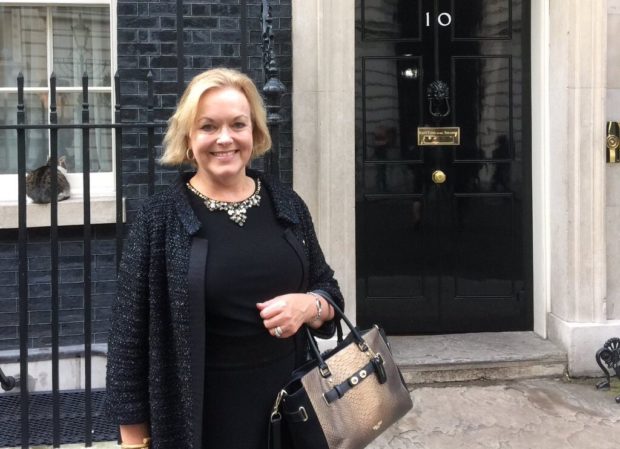 Last weekend Judith Collins spoke to the Northern Regional Conference of the National Party.  The whole weekend was spent blowing hard on the good old fashioned racist whistle.  But in particular she presented an interesting take on te Tiriti o Waitangi the likes of which I have not seen before.

Article 1, Kāwanatanga, establishes the Queen as our sovereign and head of state.

This speaks directly to our first National Party value of loyalty to our country and sovereign.

Article 2, Tino Rangatiratanga, confirms the property rights of all people. It establishes that all iwi, families and individuals have rights over their own land and property. Property rights are again a key democratic principle and core to National party values.

The preamble to the Treaty provides the context in which it was signed and should be read. The preamble states that the intention of the Treaty was to promote peace and avoid lawlessness. Again, directly in line with National Party values of national security and strong communities.

Now, it’s important to state upfront that the Treaty was breached, and those breaches – the New Zealand Land wars – have left Māori in a different position today, to where they would be had those breaches not occurred. The inequities we see today trace back to the actions of the past.

It’s right that we look to address these wrongs and it’s right that we undertake settlements with Iwi and Hapu impacted by Treaty breaches. We are proud of our track record in settling treaty claims, and our members can be proud of the support you gave us to do that.

But this is not the debate we find ourselves in today. The debate today has moved to: what is the role of the Treaty in our democracy going forward? Did the Treaty bring us together as one people, or split us apart as two?

It is as if Judith sought expert advice from Donald Trump about what the treaty involves so bad is her take.

I should not be surprised but her comments trample on the last 179 years of academic analysis of what the treaty actually said as well as an important recent Waitangi Tribunal decision.  And remember there is an English version and a te reo version and international law dictates that the version the local chiefs signed should be the one that actually matters.

Here is a quick abridged response to Judith’s claims.

Article one ceded Kawanatanga to the Crown.  This is akin to governance.  The queen had to deal with all the day to day issues that the immigrants were causing.  If they had wanted to cede sovereignty they (or the Queen’s representatives who wrote the treaty) would have ceded Tino Rangatiratanga.  This has been one of the most critical issues for Treaty Analysis for a long time.  For Judith to ignore this and go with the redneck interpretation of article 1 speaks volumes.

Article two preserves to Maori their interests in all things of importance to them.  The English version said:

Her Majesty the Queen of England confirms and guarantees to the Chiefs and Tribes of New Zealand and to the respective families and individuals thereof the full exclusive and undisturbed possession of their Lands and Estates Forests Fisheries and other properties which they may collectively or individually possess so long as it is their wish and desire to retain the same in their possession; but the Chiefs of the United Tribes and the individual Chiefs yield to Her Majesty the exclusive right of Preemption over such lands as the proprietors thereof may be disposed to alienate at such prices as may be agreed upon between the respective Proprietors and persons appointed by Her Majesty to treat with them in that behalf.

The  use of “taonga” in the te reo version has been interpreted as covering a wide variety of things, from te reo itself to broadcasting rights.  Basically way more than just lands and estates and forestries and fisheries.

But whoever on Judith’s staff came up with the idea that article 2 was some sort of wet dream for Act party supporters need to get a new job.  Historical understanding is not one of their strengths.  Article 2 was to preserve for Iwi what they already owned, not to say that whatever you own now is yours.

Article three said basically thank you to Iwi for articles one and two and because you did so you are now English citizens.

Even her comments about the preamble are misleading.  The most important part of the preamble was the expression of the desire to protect Māori interests from the encroaching British settlement.

Her analysis was embarrassing.  If I was her history teacher I would give it an F for fail and tell her she has to try better.

She then went on a conspiracy fuelled rant.  Like claiming the proposed Māori Health Authority would be able to veto decisions made by the Government on general health.

Aotearoa New Zealand deserves better than this from the current leader of the National Party.