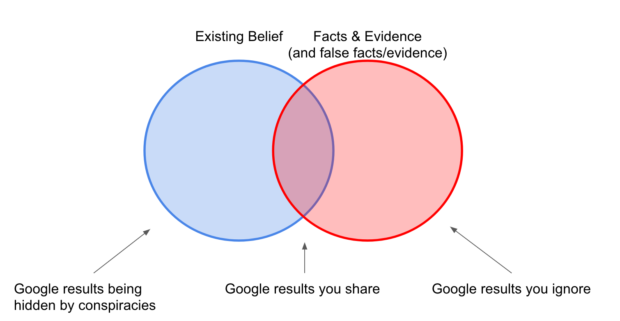 Facebook is an out of control dangerous institution that neatly divides us up into our own tribes and lets us reinforce our beliefs with each other while at the same time throw rocks at the other tribes.

It also allows the most outlandish ideas to be proposed and spread around as gospel.

Twitter is even worse.  There are fewer cat photos and pictures of people’s last meal but more fights and pile ups.

And google does not help.  It learns our search processes and what we prefer and then serves them up to us.

Tim Minchin has this outstanding summary of the problem:

No matter what you believe you can find someone who agrees with you. The internet makes me so sad. The thing that makes it brilliant is democratised information but there is no authority. That’s meant to be the good thing, right? That the Encyclopaedia Britannica doesn’t get to have the final say on shit any more so you don’t have a patriarchal old white guy deciding what information is right or wrong – but what happens if no information is valued higher than any other, if ‘expert’ is always put in inverted commas? Science is meant to be a system by which we get rid of confirmation bias but the internet is like a confirmation bias-generating machine. If you think something, everything about the internet will help you think it harder. I don’t believe information is relative. There is good information and bad information, the hardest thing to do is figure out which is which.

One of the most blatant is the facebook page America’s last line of defense which churns out posts feeding into the pro Trump anti Hillary Clinton view of the world.  But despite the fact that everything is clearly not true the pages get multiple shares and no doubt reinforce existing pro Trump anti Clinton prejudices.  And the business model is the greater the readership the greater the profit.

As examples one of the latest posts has the heading “[r]edacted Parts Of Mueller Report Reveal Compromising Clinton Tapes”.  And there is this graphic. 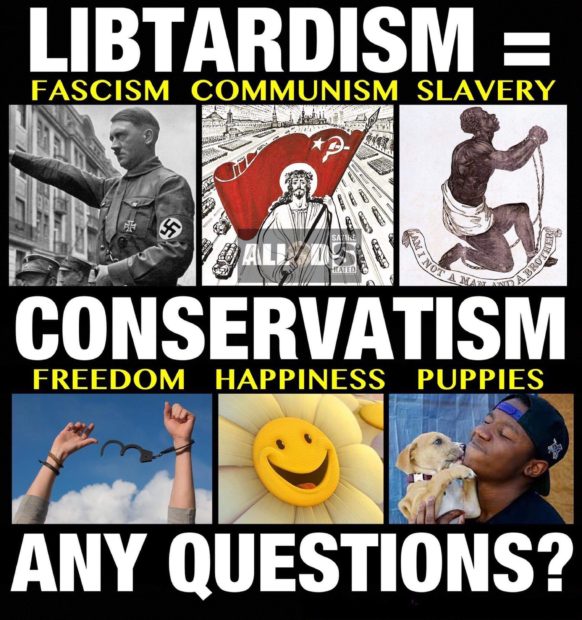 What is really funny yet sad is that there is a business model on so many people not knowing they are being trolled.

So what do we do?  Stick to our tribes and keep throwing rocks?  So far that has not helped.  We gain temporary victories but the big long term issues are not addressed.

And how do you persuade someone who says “Jacinta” and thinks that climate change is nothing more than a UN inspired conspiracy to take away our rights and achieve world domination that they are wrong?

Minchin thinks that the solution is not easy and all that we can do is engage in a polite but pointed conversation and to point out fake news every chance we get.

Is it worth putting signs on buses? Is it worth campaigning? …I think it is, because you just need the information to be available in as many forms as possible. The data shows that changing people’s pre-established ideas is almost impossible – there are all these incredibly depressing experiments that show that the more you try to show someone evidence against their beliefs, the more they believe the thing [they originally believed]. We just hate people telling us we’re wrong, to the extent that we will double down when shown evidence to the contrary and we will confirm our bias at every turn by taking in the data we want and discarding the data we don’t. That includes how we shape our Twitter feed and what we read and who we surround ourselves with – we’re just firming up our [beliefs]. I do it … It just happens that I’m right.”

And he thinks our collective political leadership needs to be braver.  Please note I personally believe that Jacinda is providing that type of leadership even though I personally think that some form of CGT should have been imposed.  From the Guardian:

[Minchin] is alarmed by what he sees as a “dearth of intellectualism” and a dire gap in rhetoric among the leaders of the western world.

“Give me a leader who will stand up and talk to us like we’re fucking adults and inspire us to be the best version of ourselves, you know. Where are they?

“Where’s the oratory? Where’s the fucking rhetoric? … Obama wasn’t perfect but my God that dude could talk.”

Please keep this discussion civilised.  But how do we persuade those among us that harbour deeply unscientific views to reconsider their views?