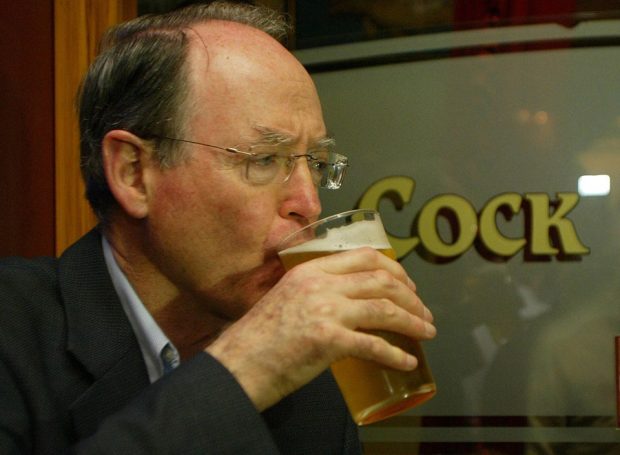 So on the weekend National launched its Demand the Debate website, essentially an email and contact harvesting exercise looking for grumpy votes against any sort of policy which may improve the plight of Maori.

National’s statement on the site said this:

To refresh everyone’s memory of the context in 2010 and the caveats that were put in place, the Declaration was signed in 2010 with the understanding that it:

Labour Ministers, and the Working Group, willfully ignored this information, instead choosing to dismiss the context in which the declaration was signed and push their own new agenda.

Here is what actually happened.  Pita Sharples went to the United Nations on behalf of the John Key National Government and said this:

New Zealand’s support for the Declaration represents an opportunity to acknowledge and restate the special cultural and historical position of Maori as the original inhabitants – the tangata whenua – of New Zealand. It reflects our continuing endeavours to work together to find solutions and underlines the importance of the relationship between Maori and the Crown under the Treaty of Waitangi. Its affirmation of longstanding rights supports and safeguards that ongoing relationship and its proclamation of new aspirations gives us all encouragement and inspiration for the future.\

I get the feeling the two parties were talking past each other.  One wanted to make sure the Treaty was at the centre of Government policy, the other wanted to use words to say “Meh” to any suggestion that the policy may have actually had an effect.

But yep lets try and blame Labour for signing up to the declaration which it actually refused to do so.  Much better that the red neck vote think this is true.  And claiming that “Labour Ministers … willfully ignored this information, instead choosing to dismiss the context in which the declaration was signed and push their own new agenda” is nothing short of dishonest.

But here is the thing.  National wants a Don Brash led son of Orewa campaign started and asked him to help out.  Elements within National have leaked information about the attempt to get Don Brash onside to support National’s dog whistle response.  From Henry Cooke at Stuff:

An internal National Party document seen by Stuff described a list of tasks to be undertaken “pre-launch” of the party’s campaign.

Most of these are routine political marketing steps, such as completing graphic design, preparing “lines” for MPs and the leader, and writing press releases.

Also listed is “Briefing Don B” – a task allocated to leader Judith Collins. No other former leader of the party is listed to be briefed.

Brash famously made a similar attack against alleged Māori separatism with his Orewa Speech in 2004, which saw his party vote shoot up in the polls.

He took this attack to the 2005 election which he almost won, putting out billboards saying Labour believed beaches were for “Iwi” while National believed they were for “Kiwi”.

Judith obviously has dreams of a 2004 type surge of support to National on the back of racist dog whistling.  Lucky for the country we have moved on from those times and are much less tolerant of this level of intolerance.

But fancy someone leaking this information.

But wait there is more.  Again from Henry Cooke at Stuff:

National leader Judith Collins asked Don Brash to raise $300,000 for a billboard campaign attacking the Government on race issues, according to a leaked email from Brash obtained by Stuff.

Collins launched a billboard campaign on Sunday called “Demand The Debate”, seeking to revive public discussion on the controversial He Puapua report. National says it is a blueprint for the Government to stealthily create a new system of separate government for Māori, an allegation the Government rejects.

A different leaked document planning the launch of the campaign suggested Collins would brief “Don B” – although neither of the pair will confirm that they talked.

The email headlined “strictly confidential”was sent in May by Brash to an unknown group of wealthy potential donors.

As for National’s campaign it is dishonestly suggesting that we will not be allowed to have a say in how the UN declaration on the rights of indigenous people may be implemented.  This is simply not correct.  As Minister Willie Jackson said recently:

Cabinet has signed off on to a two-step engagement process to develop the Declaration plan.

And the second step is a wider public consultation on a draft Declaration plan.

I will work with Pou Tikanga representatives of the National Iwi Chairs Forum to help inform the first phase.

In parallel with that work, I will also engage with a small group of independent legal experts with links to the New Zealand Human Rights Commission and expertise in public law.

We want to start the conversations about the Declaration firstly with Māori.

This Declaration is about indigenous peoples so it makes sense we talk with Maori first up.

Developing a Declaration plan will need to be in partnership with Māori and any mahi we do will be consistent with Te Tiriti o Waitangi.

The aim is to develop a draft Declaration plan by the end of this year to take out to wider public consultation in 2022.

Following this wider public consultation, we would look to sign off on a final plan by the end of 2022.

The second part of this process is when we need to hear from all New Zealanders. Because ultimately, it’s about all of us.

We need to hear from everyone. Their thoughts, their ideas, their dreams and aspirations before we map out a pathway which shows us how, as a country, we will get there.

This approach is consistent with the advice of the technical working group, guidance from the United Nations Expert Mechanism on the Rights of Indigenous Peoples, and our own best practice guidelines for engagement with Māori.

And he said this about the He Puapua report:

Now I want to be clear about He Puapua.

He Puapua is not the plan.

He Puapua is a collection of ideas, suggestions aspirations and hopes for Maori– something to add to our discussions,   it is provocative and it has been the catalyst in terms of where we are today and I thank the group very much for their contribution and the hard work they have put into this report.

However, He Puapua is not Government policy the group who put this together knows this

And from a Government perspective, we are not advancing that report. Our focus is on this public consultation process now.

National’s discipline is still shot.  And its desperate willingness to engage in dog whistling racism is more evident than ever.

52 comments on “Demand the debate ”