Don’t stress, our banks will be ok – RBNZ 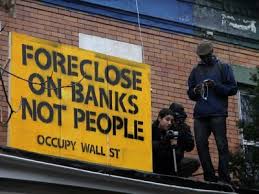 The news for cow cockies and the wider dairy industry just gets grimmer and grimmer, but relax everyone, the banks will be fine, according to the Reserve Bank of New Zealand today.

On a day when prices fell another 2.9 percent in Global Dairy Trade auction and Fonterra announced it was shutting a cheese factory in Kaikoura with the loss of 30 jobs, the central bank released its “stress test” of the five main rural lending banks and found they will survive a severe industry downturn intact ,albeit with some losses.

The RB conducted the test, which involved “long and heavy” discussions with Westpac, ANZ, BNZ, ASB and Rabobank, because of its concern over their exposure to dairy and the severe impact of the dairy price downturn on the industry’s huge debt to those banks.

Dairy farmers owe banks around $40 billion (and rising every day), with over 80 percent of farms expected to run at a loss at this season’s forecast farmgate payout of $3.90/kg of milksolids. Over half of farms are already in their second season of losses and needing higher working capital from the banks, according to the head of the RB’s Macro Financial Department, Bernard Hodgetts.

“That’s when financial stress really builds up,” he said.

He did not comment on potential emotional and mental stresses.

He told a news briefing on the release of the report, that the current dairy payout price meant farms were under the bank’s “severe” Scenario 2 where over 44 percent of farms were likely to default on debt payments and farm values were likely to plunge a whopping 40 percent.

Even under the more optimistic Scenario 1, of a price recovery, farm values were likely to slump 25 percent with defaults at around 11 percent.

Under Scenario 2, bank’s bad debt exposure will be around $8.5 billion possibly as high as $12 billion. Multiple foreclosures are a certainty.

Of course the banks won’t take all the “impaired loans” as losses because they have secured the debt against the land and cows. But that’s how much the farmers in default will likely lose.

Still, the banks will take a substantial hit so that by the 2019/20 year, a quarter of the dairy industry’s by then $45 billion-plus of loans, will have to written off.

Before you start crying, all four major Australian-owned banks continued record runs of profitability in 2015, with a combined haul of $4.59 billion, topped by ANZ at $1.77 billion.

Hodgetts said there was no doubt the dairy industry was highly leveraged and because it comprised around 10 percent of the banks’ total lending of $350 billion, posed a “structural” threat to the financial system.

He said the banks’ losses via the dairy industry would be “largely absorbed through profits”.
What he didn’t say, is that those losses will cut banks’ tax bills so it will be we taxpayers who will take the final hit. Bank losses will only be a fraction of farm owners’ losses, he said.

Because of the likely precipitous fall in farm prices under Scenario 2, banks will be unable to immediately sell all default farms after foreclosures and “the process of writing off could be protracted, potentially over a long time”.

While some analysts believe the dairy industry and the government have continually been overly optimistic about a recovery of dairy prices, Hodgetts said the RB modelling had been intentionally severe.
The bank believes the breakeven price for our farmers is around $5.30/kg of milksolids and because New Zealand is an efficient producer, that will be the international price point.

“You have to look pretty hard to see prices in any industry below breakeven for over five years,” he said.

Hodgetts said the bank’s stress test was narrowly focussed and it had not tested for multiple simultaneous shocks such as a steep fall in house or commercial property prices with the dairy drop. That wider stress test was last done in late 2014 and he could not say when it will next be done.

Nor had the bank measured the flow-on effects such as yesterday’s report by MYOB showing that one in five of all small businesses are hurting from the effects of the downturn in dairy farming.

Earlier this month, Fonterra demanded 90-day credit terms from its 20,000 suppliers prompting questions about its own working capital and or cashflow.

However, the giant co-op denied problems, despite analysts saying its own gearing (debt to equity ratio) was far too high at around 50 percent. Fonterra says it is on-track to cut it to 45 percent.

It has signalled it will soon offer another $350 million in interest-free loans to troubled farmers to supplement the $430 million scheme announced in September.

That will probably be announced next week at its half- year result meeting which promises to be an lively but unhappy occasion.

(Simon Louisson formerly worked for The Wall Street Journal, NZPA, Reuters and was most recently a political and media adviser to the Green Party)