The game focuses on building and managing a virtual metropolis. Environmental concerns have always been an element of the game play but they’re taken to a new level in the current version. Players are allowed to power their cities in a number of ways and there are trade-offs between the various methods.

For instance, for most players the most economically efficient way to power their virtual cities may be with coal plants, which produce 500 units of electricity and cost 3,000 simoleons, the game’s currency, to build. Coal plants, however, produce large amounts of pollution, which can lead to natural disasters like droughts, and they also reduce the happiness of the city’s nearby citizens, which in turn causes them to produce less tax revenue. 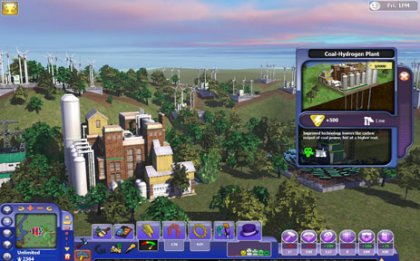