Fisheries reform is under way 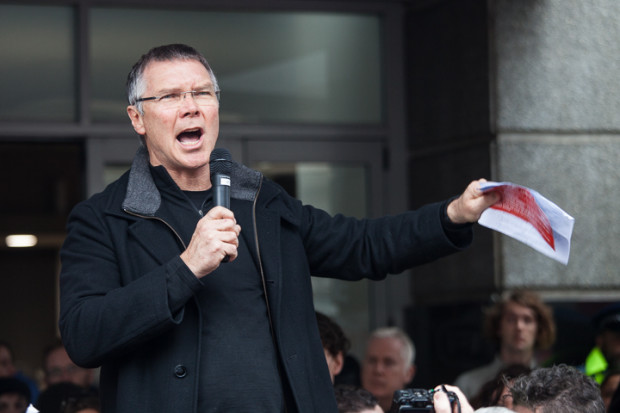 The country’s and the world’s fisheries are crashing.  Every time I read about them I wonder what we can do.  There is greater and greater industrial raping of the environment to keep providing fish for our consumption.

And I love fish.  I eat Salmon most days.  I can recall Orange Roughy from a couple of decades ago and marvelling at how delicious it was.

Last term the Government’s response to fishing issues was less than stellar.  They were discussed on this site in different posts.

While he was Fisheries Minister Nash repeatedly refused to install monitoring cameras on fishing boats to deter against activities that could net the endangered Maui’s dolphin.  Even the earlier National Government had decided to implement the scheme.  The fingerprints of New Zealand First, Shane Jones and the Talley brothers on these decisions were pronounced.

Talleys did seem to have considerable sway with NZ First in particular.  I wonder if this was related to its various donations to NZ First which were impressive and concerning.

The camera roll out was not the only policy where Nash made decisions that were problematic.  He also incorrectly set the catch limit on tarakihi by taking into account industry proposals over official advice.

From Ben Leonard at Newsroom:

“When deciding how long a fish stock should take to recover, the minister should consider the biology of the fish, not a voluntary industry plan,” the court said.

The current limits were put in place by Nash in 2019, adding up to a 30 percent reduction in fishing for tarakihi on the east coast.

Tarakihi is one of New Zealand’s most popular eating fish and its stocks are managed by an official quota system meant to ensure a sustainable fishing population.

The court found that in setting the 2019 limits, Nash did not take into account official advice on the appropriate limits for rebuilding the fish’s threatened east coast population.

Instead, the court said the minister based his decision on a voluntary industry plan developed by commercial fishing bodies like Fisheries Inshore and Te Ohu Kaimoana.

After the last election there was a noticeable reorganisation of the portfolio.  Fisheries was rebranded as “Oceans and Fisheries” which is a very welcome change of emphasis.  The Government’s policies should address the health of our oceans, fisheries health being an important aspect of this but not the only aspect.  And the ocean’s role in acting as a carbon sink and as an indicator of the world’s environmental health will never be more important.  We really need to do better.

Parker is an ideal choice for the role.  He is tough, respects the evidence, understands the issues and concentrates on the outcomes that are necessary.  And we really do need to stop treating our oceans as places to plunder food and dump rubbish.

He is now delivering. Last week he announced the wider roll out of cameras on boats.  And yesterday he announced significant changes for the Waitemata Harbour.  From the Beehive website:

New marine protection areas and restrictions on fishing are among a raft of changes being put in place to protect the Hauraki Gulf for future generations.

“We are delivering on our election promise, taking immediate action to build on the good work already being done to restore the health of the Gulf,” David Parker said.

“We are also taking the long view, recognising that sustained action is necessary to ensure that the Gulf and its economic, environmental, cultural and social benefits can continue to be enjoyed.”

Acting Conservation Minister Dr Ayesha Verrall said some of the world’s most unique species of marine life relied on a healthy Gulf.

“Our Revitalising the Gulf strategy will guide an ongoing programme of work for the long-term health of the Hauraki Gulf. It responds to the call to action in the 2017 Sea Change Tai Timu Tai Pari Hauraki Gulf Marine Spatial Plan, developed by a stakeholder working group, and contains Government actions across the many marine challenges facing the Gulf in a holistic package,” Ayesha Verrall said.

Greenpeace is pleased with the announcement.  From their website:

Greenpeace is welcoming the Government’s Sea Change plan, announced this morning, which details how the depleted Hauraki Gulf will be brought back from the brink.

Jessica Desmond, ocean campaigner at Greenpeace Aotearoa, says she’s pleased to see bottom trawling recognised as one of the major threats to the area.

“We know that bottom trawling is hugely damaging to ocean health and biodiversity. It’s great to see that this practice will be restricted in more areas of the Gulf to allow marine life to recover,” she says.

“More marine protected areas will also be vital to protecting the ocean for the future.

“Really, the approach the Government has taken here is what’s needed across the board. We must protect the most vulnerable parts of the ocean from bottom trawling. That call is currently supported by over 50,000 New Zealanders.”

The announcement could have gone further.  I would prefer that bottom trawling was stopped in all areas.  But this is a start, a very good start.

10 comments on “Fisheries reform is under way ”