Forest and Bird takes it the Government in the Supreme Court 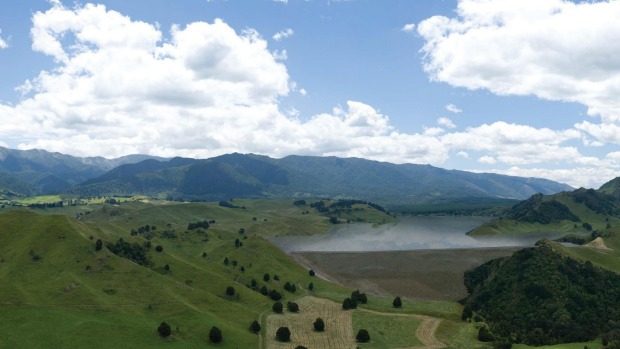 This coming Monday 26th and February 27th, the Crown seeks to overturn what Forest and Bird had defeated in the Appeal Court: the right to swap Department of Conservation land into the Ruataniwha Dam.

In people versus state-and-business, it hasn’t got as big as this since Fletchers, Alusuisse and the Muldoon government tried to put an aluminum smelter at the entrance to Dunedin’s harbour. This is really that big.

If the Crown loses again, we will likely see Minister Smith propose further tweaks to the Resource Management Act’s ministerial call-in powers. These powers are being heavily contested by the Maori Party inside parliament right now, before the bill can come back for its next reading. This Ruataniwha case is stirring parliament’s MMP fermentation barrel at the perfect time.

Prior to the 2016 local elections, Hawkes Bay Regional Investments Company (HBRIC) had proposed, if the Crown lost the Supreme Court contest, simply stepping in and acquiring all the land it needed under the Public Works Act for water purposes. The Crown would probably have to answer a similar problem eventually; whether conservation purposes were a national “work” that was superior to a local water “work”.

So one could also foresee further resulting tweaks to the Public Works Act that the government changed only last year, if that happened. (With those new amendments, when the government takes your land under the PWA, but doesn’t use it for that purpose, it no longer has to offer it back to you: it gets to call around all its other Departments to see if they have another use for it. A shift of property rights that could be applied at a scale dwarfing one state house eviction).

Once the decision is handed down, some of the result will come down to election year politics:

– Does this government have the coalition strength to indirectly intervene in Ruataniwha, by passing its RMA reforms into law?

–  Following the Havelock North water debacle review, will public health issues like security of public supply and water quality force the broadening of the Ruataniwha initiative out to a Cabinet decision rather than DoC alone?

– Will climate change and drought in Hawkes Bay become a real political factor towards a dam beyond September 2017?

– Could they simply redesign the dam to no longer require the 22ha of Ruahine forest and obviate all these challenges, and simply crack into it after a bit of redesign?

So there’s more to come no matter what the Supreme Court decision.

With such razor-thin parliaments as we have now – and will likely have after 2017 – we are exceedingly lucky to have a fearless NGO in Forest and Bird to force these issues to the highest level of New Zealand’s judicial accountability.

If this decision gets handed down before the election, it’s all on.