EleanorAingeRoy is reporting at The Guardian,

The islands of Tonga in the South Pacific have been devastated by Tropical Cyclone Gita with winds of 230km/h flattening parts of Parliament House and causing significant damage and injuries across the kingdom.

Gita hit Tonga around 8pm on Monday night and peaked between 11pm and 2am, slamming on to the south coast of the main island of Tongatapu, bringing down electricity lines, smashing churches and levelling fruit trees and crops vital to the island’s livelihood.

At its peak, winds reached 233km/h – far stronger than predicted, despite Gita not reaching a category five storm as anticipated.

According to the British Met office, Gita is the worst cyclone to pass so close to Tonga’s main islands in 60 years, and communications were lost overnight as Gita ripped the roof off the Tonga meteorological office as well as taking the national broadcaster off air for a time.

RadioNZ have reported that every house in the capital Nuku’alofa has been damaged, ongoing coverage is here.

Stuff have compiled a list of ways to help Tonga:

The New Zealand Red Cross Pacific disaster relief fund ensures the Red Cross can respond quickly and efficiently to assist with the damage.

People can donate to the standing relief fund immediately.

Money donated can be released right away to help with the relief efforts, a spokeswoman for NZ Red Cross said.

Habitat for Humanity are preparing a response for Tonga and have started an Emergency Response Disaster Fund.

A spokesman for the Salvation Army said staff in Tonga are helping with the clean up and housing families.

At least 11 families were being housed by the Salvation Army during the cyclone.

“We are working with the Tongan government and staff in Tonga to find out what the immediate and long-term needs are before an appeal is launched,” the spokesman said.

Keep an eye out here and on the Salvation Army Facebook page if you want to help.

A GoFundMe fundraising account ‘Support for Tonga’ has been set up by a Tongan expat.

People in Auckland who want to make donations or drop off food can contact the Reverend Iveni Tomu at the Free Church of Tonga in Māngere on 09 376 462.

“Our Church will be helping out… we will be fundraising and sending that back to Tonga,” Isa Tomu said. 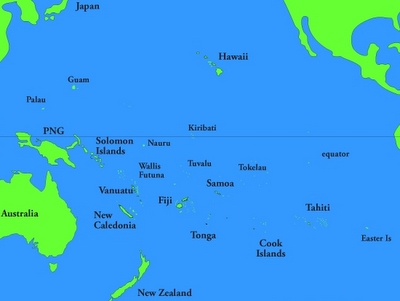