One of the good things about 2020 is that we’re so taken up with our own crises we don’t have the incessant focus on the US election that we had 4 years ago. I’ve been largely able to ignore the debate here about this year’s one. But all good things must come to an end, so here’s my first US election 2020 post.

have you ever seen a better political ad? (the music alone) https://t.co/irZFriTrjo

I’m in my fifties so this campaign video hit the spot for me. Definitely the music, the flashback video, but also the unabashed, classic left wing rhetoric and politics, the modern merging of left and green politics, and the bold as theft of JFK’s legendary Inauguration Speech call to Americans. Yus!

I’m curious to hear how it lands for other lefties.

For background on what this is about the Atlantic did a piece on Markey’s strategy,

For the better part of a year, Senator Edward Markey was a legislator spiraling toward a forced retirement, a veteran progressive whose legacy in Massachusetts would soon be reduced to a footnote in the latest chapter of the Kennedy dynasty. Polls taken last fall showed Representative Joe Kennedy III trouncing Markey in a Democratic primary; at the height of the coronavirus pandemic this spring, it was unclear whether Markey could even muster enough signatures to get on the ballot.

Tonight, however, Markey accomplished what no Democrat or Republican had ever done: He defeated a Kennedy in Massachusetts.

The identity Markey’s camp created—that of a tenacious progressive fighter who often took lonely stands against his party—closely resembled Sanders’s. They dug up a vintage 1970s TV ad from when Markey first ran for Congress, in which he boasted that party bosses had thrown his desk out into a hallway. The linchpin of the strategy was Representative Alexandria Ocasio-Cortez, who endorsed Markey after he partnered with her to introduce the Green New Deal just weeks after she took office in 2019. Progressive groups such as the Sunrise Movement joined her in backing Markey, rewarding his leadership on climate change while forgiving his votes for the Iraq War, NAFTA, and the 1994 crime bill. (Activists on the left assailed former Vice President Joe Biden for a similar record during the Democratic presidential primary.) A three-minute video hailing Markey as the “Green New Dealmaker” and co-opting a famous Kennedy refrain became a sensation, and an ad featuring Ocasio-Cortez ran on TV in the state more than 1,200 times.

And this from The Hill,

Those close to Markey attribute his success to robust progressive support at the grass-roots level as well as a slow and steady campaign strategy.

“Start with the better candidate, deliver a positive message and then organize like hell,” Markey’s campaign manager, John Walsh, told The Hill in an interview last week.

The senator himself addressed his supporters during his victory speech on Tuesday, calling his win a “reaffirmation” of the progressive movement.

“Tonight is more than just a celebration of a movement,” Markey said, speaking from his hometown of Malden, Mass. “It is a real reaffirmation of the need to have a movement, a progressive movement of young people demanding radical change, demanding justice.”

Markey’s victory comes nearly a year after Kennedy, 39, entered the race with a double-digit lead over the 74-year-old incumbent, drawing media attention from Massachusetts and beyond.

“If you’re a Democrat in Massachusetts, you’re frequently confronted with a surplus of talent,” Walsh said. “In primaries, we are lots of time choosing not between good and bad; we’re choosing between good and better. And in this case, Joe Kennedy is damn good, but Ed Markey is better.”

Lots of good stuff here for lefties in New Zealand to chew on. Not importing a political model from the US (we don’t exactly need a Green New Deal if we have an electorally empowered Green Party in government), but the emphasis on movement building and bold left wing positioning is inspiring. Watching the left’s eating its young response to James Shaw’s fuck up in the past week tells me we are still quite a long way from this.

Where is the solidarity? Which are our solid movement-based organisations, how visible are they and are they collaborating? Are we supporting them? Where is the political culture that would enable progressives to shift from competition and conflict to cooperation and allyship? Do we really want to spend so much time talking about National? (noting that Trump was burned solidly near the start of Markey’s video and then wasn’t mentioned again).

There’s something else worth noting here, which is that old white men have a solid place in politics where they are aligned with progressive values and direction and are willing to share power.  So we might also want to consider getting past the conflict around that that simmers under the left in New Zealand. There is room for everyone at the table, and, there are obvious real politik reasons for not throwing the conventional baby out with the bathwater. 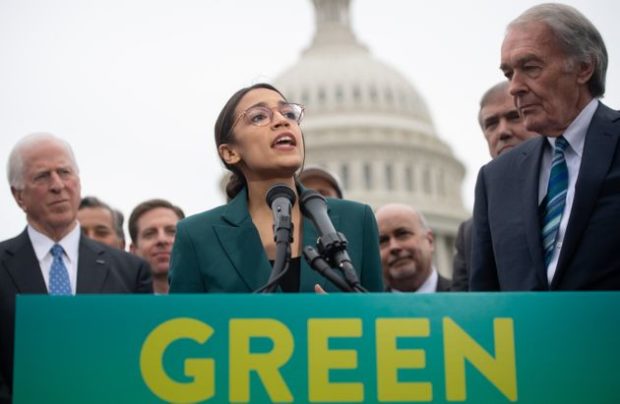 Ending with this campaign ad from Alexandria Ocasio-Cortez, likewise for the inspiration and what we can learn,

20 comments on “Hitting the political spot ”