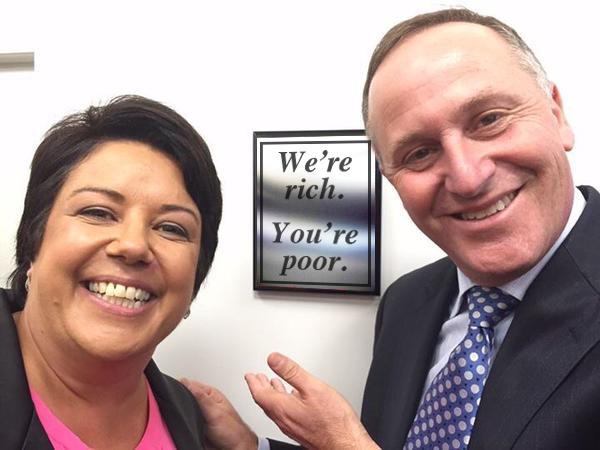 What unfortunate timing.  It appears that the effects of the housing crisis have been seriously underestimated by the Government and the amount set aside for emergency housing grants for this year has been spent four times over, in three months.

The Government has had a massive blowout in emergency housing grants, spending almost four times its annual budget in just three months.

As part of an overall $345m investment in emergency housing, the Government only budgeted $2m per year for an estimated 1400 emergency housing grants – which pay for urgent motel stays for families in need.

But in the December quarter alone, the Ministry of Social Development spent $7.7m on emergency housing grants.

There were 8860 grants in the final three months of 2016 – which is more than six times the Government’s expectations.

Bennett says that she was unaware of how big the problem is.

The grant was introduced in May by then-Social Housing Minister Paula Bennett, who admitted to Newshub she had “no idea” how big the problem was.

“To be honest, we just had no idea, and that’s part of it. I mean, they’re often hidden from us.”

Get that?  Homeless are hidden from the Government? Those people I see every day begging on the streets are invisible.  Is the Government even looking?

The details of the grant are somewhat difficult to understand.  The Newshub article said that the scheme was introduced in May 2016.  It looks like it was also announced in November 2016.  What great value for money.  Get twice the political advantage from the same spend.

And to increase the level of pathos to breaking point it appears that these families in crisis have bolstered tourism numbers.  Again from Newshub:

The Government has been counting homeless people living in motels in its tourism statistics.

Statistics Minister Mark Mitchell has confirmed official tourism numbers include people who are being put into hostels or motels through emergency housing special needs grants.

The Statistics New Zealand Accommodation Survey is used as a measure of tourism levels, with the definition used to define the domestic tourists “one New Zealander spending one night at an establishment”.

However when Newshub asked Tourism Minister Paula Bennett if homeless were included, she said no.

“No, because they’re not tourists. Sorry, I’m not sure what you’re asking.

“No they’re not included in the tourism stats for accommodation.”

It is difficult to gauge what is more startling, the Government’s complete indifference to poverty or its incompetence.