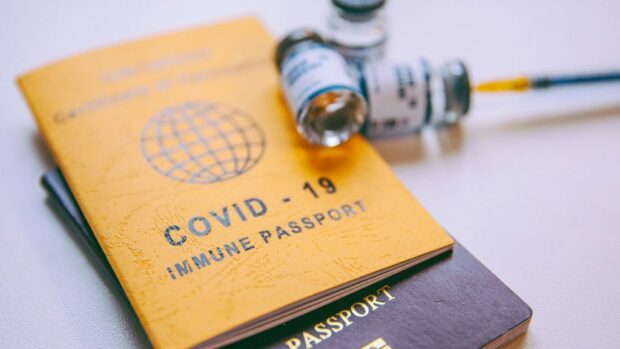 Just as we did with travel security after 9/11, we are about to get our next set of global regulations to control crisis.

United States President Biden has unveiled a COVID-world plan which directs the Labor Department to require all Federal workers and large businesses with 100 or more employees, and all healthcare workers, to ensure that their workers are either vaccinated or are tested once a week.

Companies could face thousands of dollars in fines per employee if they don’t comply.

For example the Postal Service, a quasi-independent agency, employs more than 640,000 people.

There’s around 17 million healthcare workers including those in rest homes.

Debates like this are going to occur all around the world.

However I suspect it will go pretty much like new airport security regulations after 9/11: the United States will through its industry-dominating companies simply enforce new global standards de facto.

From AMTRAK to Facebook to Ford to Google, Uber to Walmart, all workers will get the jab or else.

If New Zealand’s major companies aren’t ready to react in the same way, they are simply going to get left behind: no one is going to want to do business with them. Starting with the entire public sector and all similar workers to the US description, we should expect the same to be occurring here and fast. No jab, no job (with very few carve-outs).

The even stronger version goes like this in China: unvaccinated residents in parts of China will be banned from accessing public services like hospitals, schools and nursing homes, with that country targeting an inoculation rate of at least 80%.

Today the New Zealand government has promised by Christmas that we can download an app that will be a vaccine passport.

The Zealand’s app will contain a QR code, digital signature and the certificate itself will be printable.

As the Herald wryly noted, the health ministry has been clear that New Zealand’s passport is designed for international travel and said nothing about domestic use, “based on how the passports have evolved around the world, that won’t last.”