Iwi tuaroa is Maori for spine 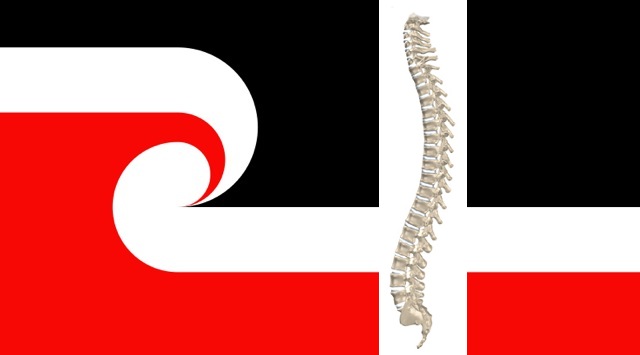 Otherwise so far, when it’s come to disagreements (to name but a few: industrial relations legislation, Maori representation on the Auckland Supershity Council, Maori TV hosting the Rugby World Cup), we’ve seen the Maori Party cave time after time. Blue has prevailed over brown in every instance I can think of, but please feel free to suggest otherwise if a counter-example occurs to you.

How unfortunate then that the Maori Party should finally decide to stand on its principles when it comes to punishing their own. I can only hope that the party leadership’s anger towards Hone is not really just an outlet for all the frustration they’ve accumulated over constant thwarting by their ‘mana-enhancing’ National buddies. (Come to think of it, maybe the ‘mana-enhancing’ is just meant to refer to National?) And what a remarkable precedent to set too! Will all ill-considered outbursts of Maori Party MPs that the msm choose to misrepresent result in expulsion? Sure as hell National won’t be adopting that standard!

Regardless of what you think of him, Harawira does enjoy a lot of support amongst both his iwi and broader Maoridom – especially those who do not cede legitimacy to Maori elite to speak on their behalf. Those supporters, and even Maori who dislike Harawira, are acutely sensitive to the appallingly disproportionate response to Harawira’s mistakes when compared to the virtual non-response to English and Hide’s serious misuse of public funs as senior Ministers of the Crown. Hone’s mistreatment by the Maori Party will be seen as betrayal and do little to allay concerns about the leadership being co-opted by the interests of the privileged.

If Harawira goes it will precipitate the collapse of the Maori Party as a numerically significant political vehicle.

In truth, this isn’t really a case of the Maori Party leadership standing on principle or finally demonstrating evidence of a spine, it’s just them cynically exploiting the opportunity to get rid of someone who constantly challenges their authority. No doubt that can’t be easy to live with and Hone can be a pretty ornery bugger to deal with when he wants to be difficult. But I do doubt the mana of expulsion as a means for dealing with dissent, especially when it will cause so much damage to the interests the Maori Party is meant to serve.

15 comments on “Iwi tuaroa is Maori for spine ”