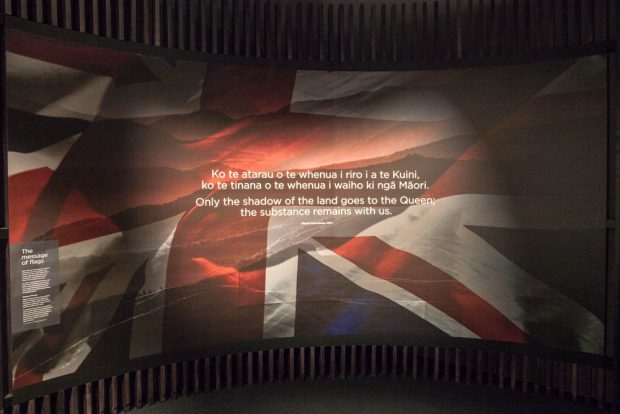 Part of the reason I believe Jacinda is doing so well is there is something really fresh in her approach to issues.

Her recent announcement concerning Waitangi is a classic example. Rather than show indifference to Ngāpuhi’s justified anger over breaches of the Treaty of Waitangi not only is she going to front up to the ceremony but she is going to spend an extended period of time in the area. This is important because Waitangi Day should be our national day that we all celebrate but it will not be until Treaty breaches have been acknowledged and proper compensation offered. And the Ngāpuhi claim is the most important and most complex claim to settle.

Ms Ardern has announced she will attend Waitangi for more than five days in an unprecedented move.

The pōwhiri at Waitangi for Prime Ministers and dignatories can be imposing, even daunting and for many years one of Ngāpuhi’s most notable kuia has been there to guide them.

Titewhai Harawira who is well into her 80s said she was looking forward to escorting Ms Ardern and hoped to spend some time with her.

Ms Ardern told media today Waitangi is about more than one day and she wants to make full use of the time when people are gathered there to meet together as a government that wants to form open transparent relationships.

Ms Ardern said this Waitangi felt like a fresh start.

Mrs Harawira said the northern tribes, including Ngāpuhi, were first to sign the Treaty of Waitangi but Ngāpuhi’s claims against the Crown was yet to be sorted.

The action is in stark contrast to the actions of John Key and Bill English who both recently boycotted the Waitangi event.  And Helen Clark also avoided the event although for personal rather than political reasons.

No doubt local MPs Kelvin Davis, Peeni Henare, Willow-Jean Prime, Kelvin Davis and Winston Peters all consider the approach to be the right one.  And Andrew Little has made advancement of the Ngapuhi settlement a matter of priority.

He recently toured the North to talk to local iwi and to try and progress negotiations.  From Dean Nathan at Maori Television:

It was a full house at Waitangi today with over 400 people in attendance for Andrew Little’s first meeting with Ngāpuhi as Minister of Treaty Negotiations.  Its follows separate meetings yesterday with the mandated authority Tūhoronuku and Te Kotahitanga o ngā hapu o Ngāpuhi.

The Minister made it clear he had come to listen and those given the opportunity to speak, starting with the Ngāpuhi leader and veteran activist Titewhai Harawira.

“Listen to this kaupapa.  You come to Ngāpuhi with a kaupapa and the only kaupapa we want to hear is that you’re going to honour Te Tiriti o Waitangi and He Whakaputanga.”

The Whangaroa district claimant Pat Tauroa says, “Come to our rohe and assist us to get our hapū to an understanding where they have the skills to adequately use the resources that you say will come to us.  That’s what we need right now.”

Little responded with, “The issue of hapū rangatiratanga is real and I think plenty of the kōrero today was actually about that, respect the hapū and involve the hapū.   But doing that doesn’t mean to say we don’t still look at one settlement.  And it is about getting the momentum around talks.  Getting the links and connections and relationships working so that we involve hapū.”

The proposal is risky and the prospects of opposition mischief making is high.  But if we are going to progress as a nation the Ngāpuhi claim has to be settled properly.  And fronting up and listening and discussing is exactly what our Prime Minister should be doing.

29 comments on “Jacinda to attend Waitangi day ceremony at Waitangi ”