It’s been amusing to watch the right wing propagandists scurrying around looking for any tiny piece of information to use against left wing commentators in an attempt to bolster their own inadequacies. 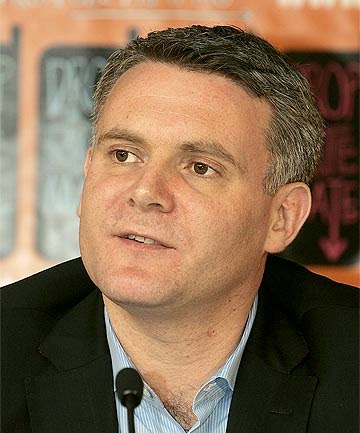 Not only do we have despicable people like Cameron Slater claiming that they’ve won in the High Court when they clearly haven’t, we also still have to put up with the spin-doctoring of idiots like David Farrar and Matthew Hooton who seem determined to carry on like the Dirty Politics saga never happened.

Hooton, who is perhaps the most deluded and deceitful right winger out there, has recently been mocking The Daily Blog and The Standard for not publishing the Jason Ede files. He’s claiming that if these blogs don’t produce the goods then there probably aren’t any Jason Ede communications with the National party attack bloggers at all.

Here’s a few of Hooton’s tweets to that effect:

Unfortunately for the moronic Matthew Hooton we already know that there are communications between Jason Ede and National’s attack bloggers…not just because Nicky Hager outlines it in his groundbreaking book, Dirty Politics, but also because the Prime Minister has confirmed that Ede was directly briefing David Farrar and Cameron Slater on ways to attack the opposition.

On August 18, the NZ Herald reported:

Prime Minister John Key says a staff member has been “briefing the bloggers” but has distanced himself from Whale Oil blogger Cameron Slater, saying: “He’s not my guy.”

Asked if he was aware that Mr Ede was running a dirty tricks campaign from his office, Mr Key said: “He’s been briefing bloggers, and of course he briefs people on the right, just as people I’m sure in the Labour leadership, over the years, have briefed people on the left.”

So where does that leave Hooton’s claim that there are no Jason Ede communications? Not only is Hooton a bold faced liar, he has such a weak grasp of reality that he would argue against something that is clearly factual.

The Jason Ede files obviously exist and whether they’re produced before or after the election by the media, the government or Rawshark will say a lot about our democracies functionality.

lprent: I’m glad that the Jackal cleared that up for me. I was wondering what in the hell one of those tweets was about.

The files were sent to some journalists in the mainstream media. David Fisher and someone else is what I heard. We don’t have a copy of them.

Matthew Hooton is simply lying when he is suggesting that we have them. I guess that either he is simply making crap up or he is a gullible fool. But I guess that lying for pay is his profession, so who would know? He works in Public Relations