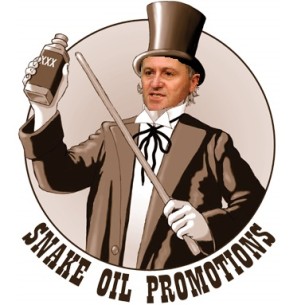 One of the most annoying things about John Key is the soothing disingenuous way that he treats issues.  He is always relaxed about issues, the effects of dramatic changes are downplayed and everyone else is wrong and he always sounds utterly convincing.

Pharmac’s future under the TPP is one of those issues where his confidence has in the past been excessively high.  But a short analysis of his recent comments with what appears to be the probable outcome suggests that he overcooked his description of things.  Completely.

The closer we have got to the conclusion of the negotiations the more dead frogs have appeared.  As Anthony Robins states this is a rubbish deal which National will sign to protect a few egos.

Prime Minister John Key has promised that New Zealanders will continue to pay no more than $5 for subsidised prescriptions, whatever happens to Pharmac under the Trans Pacific Partnership.

He made his comments to reporters in Christchurch today when questioned about the latest leak of TPP text by Wikileaks which suggest there will be greater requirements on Pharmac for transparency in its decision-making and potential for review.

“So whatever happens as a result of TPP, New Zealanders are going to carry on paying $5 for their prescriptions.”

He said again that the Government would not sign anything that under-cut Pharmac in a dramatic way.

This is a report from the same day on TV3’s site:

The agreement is still under negotiation and draft agreements are secret, but according to Wikileaks a healthcare annex could “cripple” New Zealand’s drug-buying agency.

Mr Key says it won’t be at risk.

“There’s no chance of that and no suggestion of that,” he told reporters today.

“I’m quite comfortable that our capacity to have Pharmac, and the benefits New Zealanders enjoy because of it, will be preserved.”

Wikileaks has published on its website TPP documents it says would force healthcare authorities to give big pharmaceutical companies more information about national decisions on public access to medicine, and grant corporations greater powers to challenge decisions they perceive as harmful to their interests.

Key’s line that we will pay no more than $5 for pharmaceuticals is completely disingenuous.  It is clear that either Pharmac will require more funding or the quality and [variety] of the drugs it purchases will reduce.  Ignoring this and talking only about how individual purchase costs will be capped is disingenuous in the extreme.

Not only are we looking at a decrease in quality or an increase in price for the country but the dreaded investor state resolution procedures opens the door to multinational drug companies attacking Pharmac through the Arbitration Courts.  Recent news of Australia spending $50 million in preliminary legal skirmishes against Phillip Morris trying to protect its plain package policy may be a sign of things to come.

News from the latest round of negotiations makes you wonder what benefit there will be for New Zealand.  Besides with the current state of the international Dairy Market and the fact that many farms are trading at a loss suggests that increasing the ability to trade at a loss may not be such a good thing.

And in breaking news the TPP may have significant implications for State Owned Enterprises.  From Wikileaks:

Today, 29 July 2015, WikiLeaks releases a secret letter from the Trans-Pacific Partnership Agreement (TPP or TPPA) Ministerial Meeting in December 2013, along with a comprehensive expert analysis of the document.

Download the TPP SOE Ministerial Guidance in PDF or read below.

Download the expert analysis on TPP SOE Ministerial Guidance in PDF or read the HTML.

The letter indicates a wide-ranging privatisation and globalisation strategy within the Agreement which aims to severely restrict “state-owned enterprises” (SOEs). Even an SOE that exists to fulfil a public function neglected by the market or which is a natural monopoly would nevertheless be forced to act “on the basis of commercial considerations” and would be prohibited from discriminating in favour of local businesses in purchases and sales. Foreign companies would be given standing to sue SOEs in domestic courts for perceived departures from the strictures of the TPP, and countries could even be sued by other TPP countries, or by private companies from those countries. Developing countries such as Vietnam, which employs a large number of SOEs as part of its economic infrastructure, would be affected most. SOEs continue to fulfil vital public functions in even the most privatised countries, such as Canada and Australia.

Jane Kelsey has in her rigorous way has provided expert analysis of the paper.  Her conclusions are that TPP will require SOEs and monopolies to act on the basis of commercial considerations, will not be able to discriminate when buying and selling goods and services by favouring domestic firms, must comply with all the other chapters of the TPPA when they exercise a delegated authority and are not allowed to get government support or non commercial assistance if that causes “adverse effects” to another TPPA country.

The threats of disputes will have a chilling effect on SOE activity.  And you have to wonder how Pharmac, presuming it falls within the definition of an SOE, will deal with these provisions should they come into force, particularly the requirement that it not receive government support as it will obviously affect the bottom lines of big Pharmaceutical companies.

We are potentially witnessing the greatest loss of sovereignty New Zealand has ever experienced, the undermining of Pharmac, the kneecapping of our SOEs and the opening up of an expensive disputes resolution procedure that we have no control over.  And all for what appears to be decreasingly ability to export more milk.