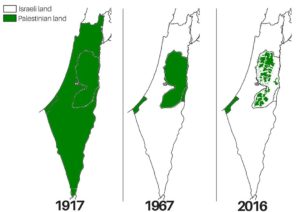 We call on the NZ Government to urgently demand the Israeli authorities end the inhumane blockade of Gaza and allow the 2018 Freedom Flotilla to Gaza safe and unhindered passage to their destination – the port of Gaza.

We are pleased to announce that our New Zealand nominee, Mike Treen, has been selected to join the 2018 international Freedom Flotilla to Gaza. Mike is a life-long human rights campaigner and the National Director of the Unite Union. You may recall that in 2016 Kia Ora Gaza facilitated Green MP Marama Davidson’s participation on a similar mission with the Women’s Boat to Gaza.

Mike will join many other prominent human rights advocates from around the world and international media personnel on this peaceful and non-violent civil society mission to challenge Israel’s illegal and inhumane 11-year naval blockade of Gaza. This flotilla will also highlight the struggle for human rights and freedom in Palestine.

Due to depart Sicily in mid-July, the four-boat flotilla will draw world attention to the devastating effects of the cruel blockade imposed on the 2 million Palestinians isolated in Gaza, and demand an end to Israel’s harsh siege, military attacks, and territorial confinement that severely restricts community development and nation building, and obstructs efforts towards peace. The flotilla also aims to allow Palestinian voices to be heard, especially during these times of extreme injustice and enforced hardship.

We also acknowledge the recent eighth anniversary of the massacre on the Mavi Marmara-led peace flotilla in 2010, when 10 civilians were murdered during a violent raid by Israeli commandos; an outrageously illegal attack in international waters that continues to go unpunished. However, this brutal assault doesn’t compare with the continual violence and remorseless occupation inflicted on Palestinians while world leaders fail to act. Ending Israel’s colonial-settler occupation, siege and aggression is pivotal to bringing about peace in the region and the world.

Many homes, vital infrastructure, schools and hospitals in Gaza have been destroyed by repeated Israeli bombings. Primarily as a result of this destruction and siege, 95% of the water is undrinkable and electricity is reduced to a few hours per day. Israel’s siege and naval blockade severely restricts the movement of goods and people resulting in extreme levels of unemployment and impoverishment. The over-stretched medical services are in crisis and unable to cope with the high levels of injuries and deaths from Israel’s on-going military attacks. Gaza, one of the world’s most densely populated areas, is also known as the ‘world’s largest open air prison.’ A United Nations report states that Gaza will be uninhabitable by 2020. In order to prevent this horrifying prediction the siege and naval blockade must be immediately lifted.

Mike’s participation in this important mission has been facilitated by Kia Ora Gaza and supported by many hundreds of fellow New Zealanders. The Freedom Flotilla, endorsed by many NGOs in Palestine and by civil society organisations around the world, seeks to bring a message of hope and solidarity with the Palestinian struggle for peace and justice and the right to return.

The 2018 international Freedom Flotilla to Gaza will also carry a quantity of urgently needed medical aid, and like previous peace missions, the flotilla poses no threat whatsoever to Israel. However, in light of Israel’s illegal interception and seizure of previous Gaza-bound boats in international waters, we call on the NZ Government to urgently demand the Israeli authorities end the inhumane blockade of the Gaza Strip and allow the 2018 Freedom Flotilla safe and unhindered passage to their destination – the port of Gaza.

We look forward to your prompt response.