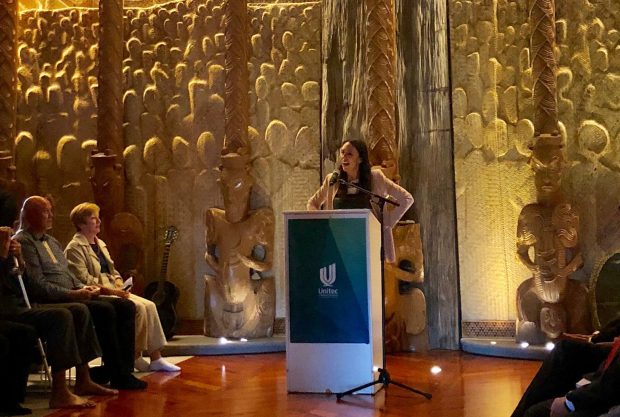 Kiwibuild is now closer to reality with the announcement of 3,000 to 4,000 new houses to be constructed in the Auckland suburb of Mount Albert.

The proposal will tick a number of boxes.  There will be social housing, affordable housing and privately owned housing all within walking distance of rail and public transport.  And the area is large enough so that proper urban design can occur.  This is urban intensification the way it is meant to occur.

The Government has announced the first major development under its ambitious KiwiBuild programme with the purchase of 29 hectares of land for thousands of houses in Auckland.

The land at Unitec’s Mt Albert campus, just 9km from Auckland’s CBD, will be transferred from Unitec to the Crown with the intention of building a community of between 3000-4000 homes.

“Too many Aucklanders are suffering because of the housing crisis. This Government will not sit around while children are living in cars and families are cramped into overcrowded housing. We need bold action to solve this.

“There will be a mix of affordable KiwiBuild homes for first homebuyers, public housing and open market houses.

“This is a beautiful and historic piece of land with natural features such as the Oakley Stream running through it. It’s close to education, employment and public transport. This new community will have open spaces, new parks and shops.

“We want to create a place for people to put down roots and to live, work, learn and play, for generations to come.

“We’re looking forward to working with the Iwi of the Ngā Mana Whenua o Tāmaki Makaurau collective on this development, consistent with the agreements in their Treaty settlement,” Phil Twfyord says.

Unitec Chairman, Dr Lee Mathias, says the introduction of new homes would create a vibrant space around the campus. The sale of surplus land freed up capital currently used for maintenance work and provided funding for the institute’s ongoing development.

“We have enjoyed this stunning campus for 30 years and it will be fantastic to open the space up to others who will make it their home, grow businesses, and create a community. All proceeds of this sale will support the delivery of our teaching and learning programmes,” Lee Mathias says.

The opposition has responded negatively.  National is trying to work out how to respond to something that will be extremely popular.  After all when a country is in the middle of a housing crisis what better thing can a Government do than build houses, lots of them?

National’s first attempt is to say that this is a rebranding of something National was already going to do.

National’s housing spokesperson Judith Collins said the previous National Government had actually signed off on Unitec’s investment plans to consolidate their campus and develop the spare land for housing.

“If Mr Twyford wants to be known as someone that actually adds new housing stock rather than re-badging existing plans he needs to come up with something new. Not just re-hash something that’s already happening,” she said.

“The development at Unitec has already been factored into the plans and predictions for housing development in Auckland. All that seems to have happened here is that Mr Twyford wants to use taxpayers’ money to subsidise the building and selling of homes that were going to happen anyway.”

And if you thought that Collins’s response was bad you should see what Simon Bridges said.  From Newshub:

National was going to build 3000 homes in Auckland’s Mt Albert before it lost the election, but didn’t reveal the plans because it would have been seen as pork barrelling, Simon Bridges said on Monday.

The Government on Sunday announced the first batch of homes to be built under its KiwiBuild scheme. They’ll be among between 3000 and 4000 new homes built on land formerly owned by Unitec.

“This Government will not sit around while children are living in cars and families are cramped into overcrowded housing,” Housing Minister Phil Twyford said.

“There will be a mix of affordable KiwiBuild homes for first-homebuyers, public housing and open market houses.”

The National Party leader told The AM Show on Monday it was “spin”.

“You heard Phil Twyford yesterday, he said, ‘We’ve had to come in and start this from scratch.’ What a load of nonsense. Bollocks. It’s just bollocks. This has been around for some time. All that’s happened to date is a rebranding of what we were doing.”

Considering the housing affordability crisis, The AM Show host Duncan Garner asked Mr Bridges why National didn’t reveal the plans before the election.

“I think in the end we didn’t announce it because we went through some of this and we said actually, would it would look a bit pork-barrel politics just before the election? We’d been working on this a while.”

My first response was nine long years … My second was National declining to announce policy because it would be seen as pork barrelling?  When has that ever stopped them in the past?

It is interesting that National equates Auckland Council doing rezoning with actually building houses.  And that selling land off to private developers who will no doubt want to maximise return by building McMansions is the same as building social and affordable housing.  And National is zig zagging between saying it is a terrible idea and it is also their idea.  The focus group results must not be in yet.

And the right’s primary cheerleader has engaged in a good old fashioned piece of dog whistling and claiming the area will be a slum within a decade.  He bases this claim by arithmetically working out how much land each unit will have if it was a stand alone unit.  Note to Mike.  There are things called apartments where you can have a large number of people living comfortably in high densities.

At long last the Government is using the forces of the state, which are prodigious, to deal with this most pressing of problems.  I can understand National wanting Labour to fail.  I am sure that the homeless, families living in cars and young people who currently have no chance of owning their home in Auckland will be urging the Government to succeed.

218 comments on “Kiwibuild kicks off ”