Good advice for Labour from Standard author Simon Louisson, writing on The Spinoff:

National gets away with mixed messages over tax cuts because Labour has failed to grasp the nettle and frame tax as both a fairness and patriotism issue, argues Simon Louisson

The left’s failure to frame the tax debate since the last election has put it firmly on track to spend three more years in opposition.

This, despite amazing contortions by National last week, when, days after the finance minister, Bill English, said his government would behave responsibly and repay debt and investing in infrastructure rather than cutting taxes, the prime minister put tax cuts back on the agenda.
…
Any discussion on tax is automatically framed in such a way that less tax is seen as good, and new, or higher tax rates, are deemed bad.
…
The left needs to frame tax as both a fairness and patriotism issue. For example, in the current Panama Papers scandal, Labour has failed, by trying to pin instances of tax dodging on Key and his mates, instead of broadening the issue out to one that portrays the rich as finding immoral ways not to pay their fair share, legally or not, so the rest of us have to take up the slack.
…
Yesterday, Labour finance spokesperson Grant Robertson acknowledged Labour will increase taxes for some before the next election to finance initiatives in health, education and housing. He said a Tax Working Group would be set up after the election “to correct imbalances”.

“I think it is only fair to New Zealand we go to the next election with some sense of the direction of our tax policy,” Robertson said.

Labour has finally woken up to Key’s comments last week that a tax cut plan will be put before the electorate for the next election guaranteeing tax will be front and centre of any campaign.

Yet the tone of Robertson’s comments are abjectly apologetic. Little and Labour need to front-foot this. They have telegraphed the policy with no detail so National can wade in with counter punches before Labour has begun the frame, let alone the rational narrative. It’s an action replay of the half-baked announcement of the Universal Basic Income and a repeat of the CGT fiasco.
…
The frame Labour should be presenting is its moral vision of empathy, responsibility, protection, fairness, equality and empowerment. The narrative should be reiterated that New Zealand, thanks mainly to previous Labour governments, has a history of looking after people, and Labour plans to build on that.
…
Finally, Labour has to be able to get across the startling message of an OECD study, (PDF) published in 2014, which unequivocally showed that more equal societies have had better economic performance – or, to look at it another way, the more inequality grows the worse the economy performs.

Unless Little and his colleagues grasp this tax nettle properly and find the framing and language that demonstrates how paying tax improves our society, they can expect to languish in opposition and will doubtless then tear themselves further apart in the ensuing frustration.

Go read the full piece on The Spinoff.

Labour won the 1999 election on a tax increase because voters were so worried about the damaged state of health and education. The same conditions – and more – exist now. In contrast to Key’s greedy and irresponsible tax cut bribe, Labour should front-foot tax! 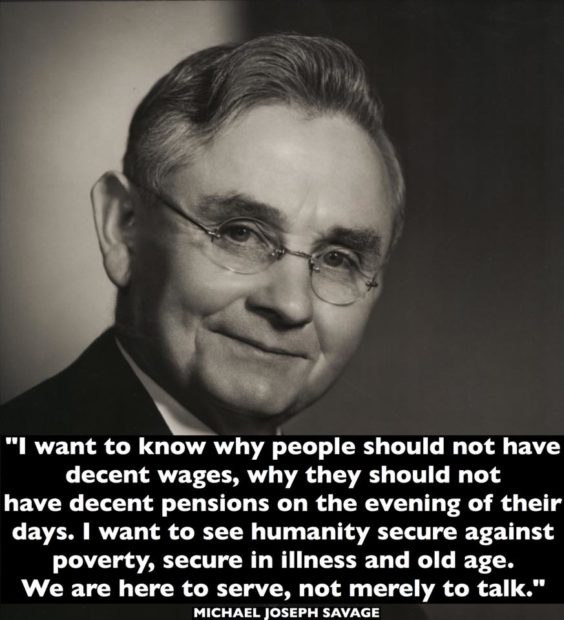 167 comments on “Labour should front-foot tax ”